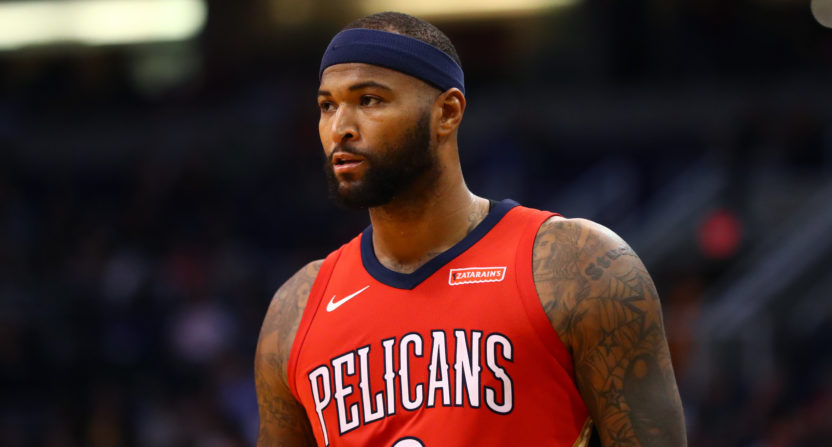 In the early days of the Super Bowl when the winner of the NFL played the winner of the AFL, it was assumed by many that the game would lose value quickly because it was unlikely that even the best team from the upstart league could hold a candle to the winner from the NFL side. Of course, things played out differently but expectations will be something similar when the 2019 NBA Finals roll around.

Everyone felt that way before this week. They definitely felt that way after LeBron left Cleveland for the Los Angeles Lakers. And they put any lingering expectations of competitiveness to bed with the new Monday that DeMarcus Cousins was signing with the two-time defending champion Golden State Warriors.

You don’t need to know too much about the NBA to know this is absurd. The Warriors are already the most complete team in the league and have gone to four straight NBA Finals, winning three of them. They already have Steph Curry and Kevin Durant, which is unfair. Then they also have Klay Thompson and Draymond Green, each of whom would probably be the No. 1 guy on most other NBA teams. And now they’re adding DeMarcus Cousins, who averaged 25.2 points, 12.9 rebounds, 5.4 assists, 1.6 steals and 1.6 blocks in 48 games for the New Orleans Pelicans last season before going down with an Achilles injury, which set the Warriors up for this opportunity.

Think about that. Think about how much firepower the Warriors just added to a lineup that was already the most damaging in the league.

The move is unbelievably smart for the Warriors on multiple fronts. Not only do they make the best team in the league even better, but they prevent LeBron’s Lakers from getting any closer talent-wise (not that the Lakers helped themselves too much on Monday). They also help keep the gap between them and the Houston Rockets sizable enough. Oh, and they ensure the Eastern Conference from getting, like, one good player in free agency this offseason. And at $5.3M, they got Cousins at a steal in a tradeoff for a chance to win an NBA title.

The Western Conference playoffs are going to be something next season. The NBA Finals, we think, will be nothing more than a formality.