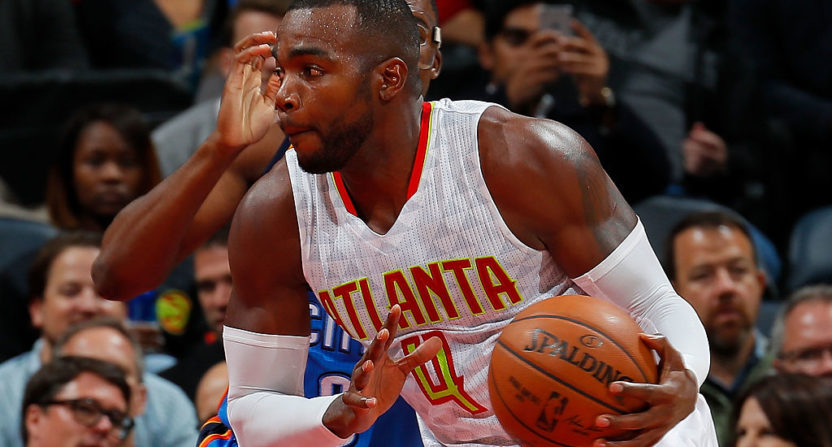 The Denver Nuggets have risen in the rankings of the League Pass standings, as Shams Charania of The Vertical reports the organization has reached an agreement with veteran forward Paul Millsap. The deal is reportedly worth $90 million over three seasons.

To facilitate the move, Denver will release the cap holds for UFA’s Danilo Gallinari and Roy Hibbert.

To sign Paul Millsap into room, Denver will likely have to release the Danilo Gallinari and Roy Hibbert cap holds.

Funnily enough, the Nuggets nearly acquired Millsap last July, but plans fizzled when Al Horford opted to go to Boston instead of re-signing in Atlanta.

Had a deal in place to send him to Denver last July, contingent on re-signing Horford https://t.co/FayPfJofdE https://t.co/wzZ4oVTGkZ

Denver should be thrilled they landed the 32-year-old power forward. Millsap is a versatile four, who can stretch the floor, and is an excellent defender to boot; he’s made appearances on past All-NBA defensive teams. His defensive skills are especially important considering Denver’s defense was more or less a tire-fire in 2016-17, allowing 111.2 points per game, fourth-worst in the Association. He’s an immediate anchor to a team that often loses their bearings on defense.

Offensively, Millsap is above average at his position. In 2016-17 with the Atlanta Hawks, he averaged a tidy 18.1 points per game, 7.7 rebounds, and 3.7 assists. He’s one of those guys every team wishes they had, as he consistently does the right thing on both sides of the floor.

The cost is high, but Millsap is going to make Denver’s starting five incredibly fun to follow. Mike Malone’s offense is already fire-powered with incredible passer and star center Nikola Jokic leading the charge. Millsap and Jokic in tandem are going to keep opposing defenses on their feet. Throw in Mason Plumlee and that’s three of the best big men passers in the game, on one team.

With an improving young core featuring Jokic, shooting guard Gary Harris, tweener Jamal Murray, recently acquired young forward Trey Lyles, and first-round draft pick Tyler Lydon (24th overall in 2017), the Nuggets are a desirable free agent destination. Not only does the team have long-term potential, but they can challenge for a playoff spot immediately. Millsap clearly recognized this, saw the sizable offer and made the decision.

The move won’t make the Nuggets immediate championship contenders, but there’s reason to believe they’re set up to be among the next group of great teams for a long time. It’s also further proof that instilling Mike Malone as head coach and landing a bonafide superstar in Jokic is making Denver a top name for free agents. There’s stability and proof the front office knows what they’re doing, which is an increasingly rare skill in today’s NBA.

It’s a well-earned contract and a perfect fit for Millsap. Seeing the Nuggets’ offense flow is going to be poetry in motion. If Denver can add a legitimate point guard — say, George Hill — then they’re going to get even scarier.