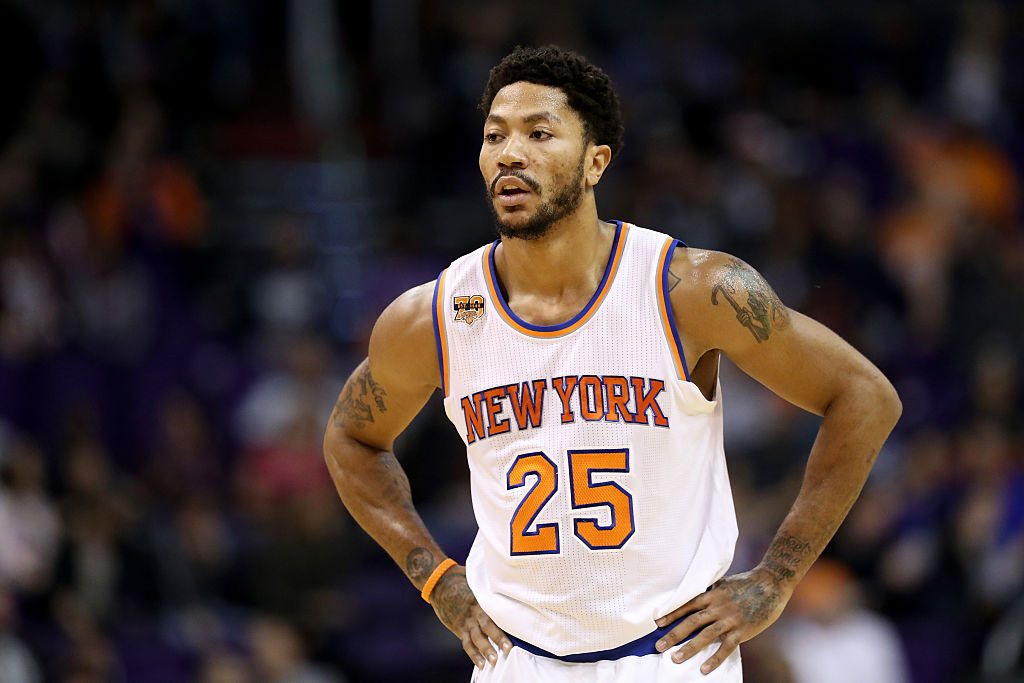 There may not be a more telling saga of the recent history of the New York Knicks than what took place on Monday night between star point guard Derrick Rose and the organization.

Rose no-showed a game, wouldn’t answer calls from the organization, and the Knicks literally were left with no answers as to what was going on with one of their key players. Was Rose in trouble? Was he retiring and just not telling anyone?

One day later and we aren’t sure what the answers are, as Rose returned to the Knicks practice facility. Actual answers as to what the heck happened on Monday are certainly incomplete, to say the least.

Rose did attempt to alleviate concerns over his want-to when it comes to playing the game of basketball though.

“It had nothing to do with the team or basketball,” Rose said, via ESPN. “That’s the first time I ever felt like that emotionally, and I had to be with my family.”

Whatever Rose may have been dealing with mentally, there is a way to handle it and a way not to handle it. Let’s just say Rose’s handling is more of the latter than the former. That’s especially the case for a player who has an uncertain future in the league to begin with.

Ironically, it appears that Rose has wanted a long-term deal with the Knicks. That likely meant maximum-deal money (five years, $150 million), and that may not have been likely even without this latest incident. After all, the Knicks have a lot of big deals on the books already and would likely have to use up all of its cap room to fit a max deal in.

Now, with this mess at hand, does Rose really still believe someone is going to give him maximum money this offseason?

With a bevy of good point guard options coming on the market in the offseason, Rose picked the worst of times to have a meltdown and ruin a relationship with an organization.

Certainly we hope Rose gets right mentally, whatever the issues at hand may be. But clearly, his desire for a max deal before this incident has turned that thought into a pure fantasy.

Rose’s skill set is already declining, now add in the issues off the court? Few teams are going to want to dole out $150 million when there are so many other options that are better on the court, cost the team less, and don’t have the off-court issues Rose brings to the table.