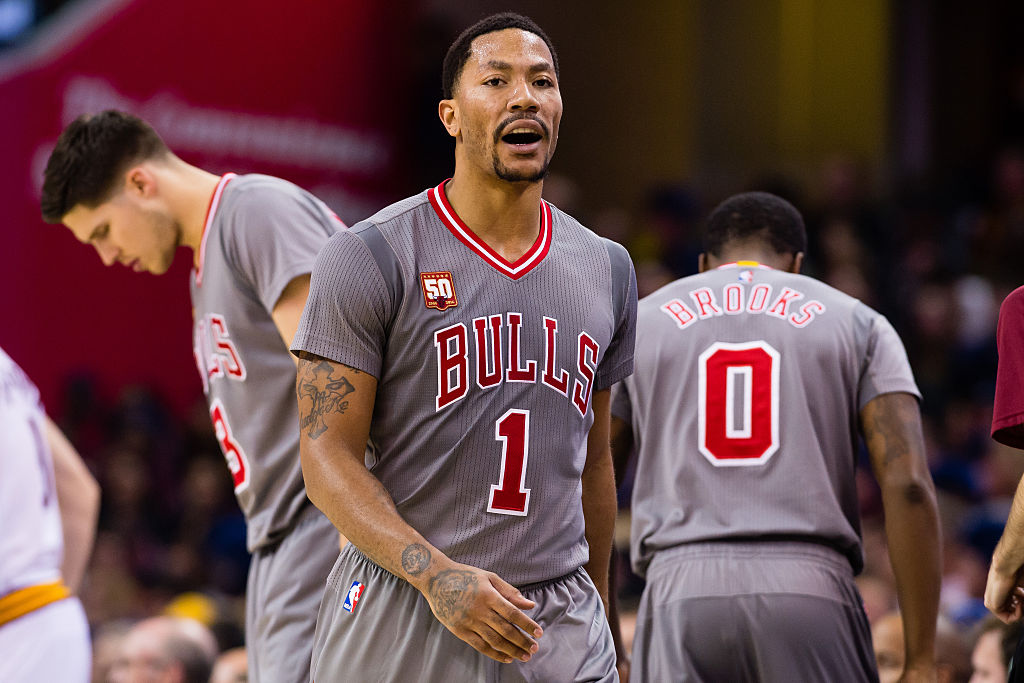 Since joining the New York Knicks, Derrick Rose has been overly optimistic about his new team’s chances. He even called the Knicks a super team.

Rose’s trend of optimism is continuing. In a recent interview with The Vertical, Rose had plenty of positive things to say. This interview, however, was more about Rose as an individual and the his latest line of shoes.

In the interview, Rose said that he was surprised and hurt at first when he heard the news that he would be leaving his hometown of Chicago for New York. But Rose has quickly turned this move into a positive and feels like he is in a different place than he was during his last year with the Bulls.

“I feel like I’m not done,” Rose said. “It’s a new start. I feel rejuvenated, and when you put all that together, when I step on the floor, I really don’t know what to expect. What I’m doing right now is just preparing myself for something big. I think we have a chance to win every game, and in the league, that’s rare.”

Others have backed up Rose’s claim, including his trainer, Rob McClanaghan.

“There was a very high energy and a great vibe in the gym,” McClanaghan told The Vertical. “D-Rose has looked extremely good. He’s in a good place on and off the court and just can’t wait to get it going with this team.”

Rose also discusses at length his decision to switch from No. 1 to No. 25. The point guard wore No. 25 in high school to honor Benji Wilson, who went to the same high school as Rose and died after an altercation. Aside from honoring a fellow Chicago native, Rose said the number switch also is an indication of Rose’s newfound style of play.

“Now, with the No. 25, I think you’ll see a more mature player,” Rose said. “You’ll see the player that you saw toward the end of last year. More under control type of game, and I got a lot more options now this year. That No. 1 will always be engraved in me, and it’s not going anywhere. Twenty-five is just a new step, and a new step in the right direction.”

The jury is still out on whether the newly built Knicks can compete. Rose has missed more than 300 games due to injuries and might be losing his edge. New York is also relying on a core of Rose, Kristaps Porzingis, Joakim Noah, Brandon Jennings, Sasha Vujacic, and Courtney Lee.

It’s hard to see this group getting anywhere close to defeating LeBron James and the Cleveland Cavaliers, but it is nice to see Rose feeling better after a long battle with injuries.