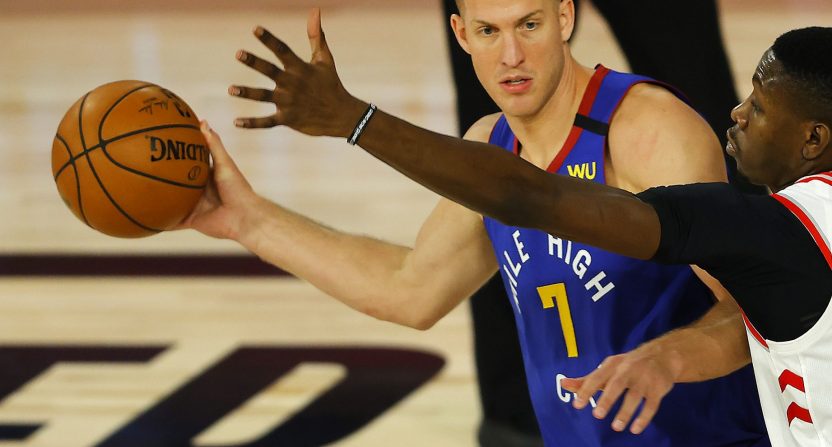 NBA free agency opened at 6 PM Eastern tonight, with the first signing being reported at 6:01 by someone other than Woj or Shams.

That Goran used the siren emoji was a nice touch.

There are a lot of big deals expected to come down, and some already have, including a max extension for Kings guard De’Aaron Fox.

And then there are the Detroit Pistons, one of the few teams with cap space this offseason, who kicked off their own free agency by signing Mason Plumlee.

Obviously, deals like that can be misleading; we don’t know how much is guaranteed, among other factors. But Twitter was having its fun with that move for a while:

Until, about twenty minutes after the Plumlee signing, Woj also broke the news that Detroit was adding Jahlil Okafor:

Okay, so that’s weird! Going right after centers at the start of free agency is an odd strategy in the modern NBA, where finding playable players at that position is generally seen as fairly easy to do. If Plumlee or Okafor were difference-makers, that would be one thing, but both are, well, just okay. They have strengths, sure, but they have plenty of weaknesses; it’s hard to imagine Detroit wasn’t bidding against themselves for either at this point of free agency.

Plus, on top of both, they just used a first round pick on a center as well.

Pistons took Isaiah Stewart with the 16th pick, then signed Mason Plumlee and Jahlil Okafor…I'm sorry, but what? https://t.co/8PEfqF6SnH

The Pistons: sign/trade/draft their 5th backup center in the last 72 hours.https://t.co/oL3mSy3nnx

The weirdest and maybe most concerning thing for Pistons fans: they have their own unrestricted free agent big, 2020’s surprise success story Christian Wood. Wood put up very solid numbers for Detroit, the first time he really had a chance to stick in a rotation, and based on their offseason so far, it looks like he might have told the Pistons he’s going somewhere else.

Remember a year ago when New Orleans cut Christian Wood so they could keep Jahlil Okafor?

Not sure what made me just think of that.

If forced to speculate: Wood feels like a potential Knicks signing. In any case, the Pistons are seemingly choosing to zig while the rest of the league is playing chess.