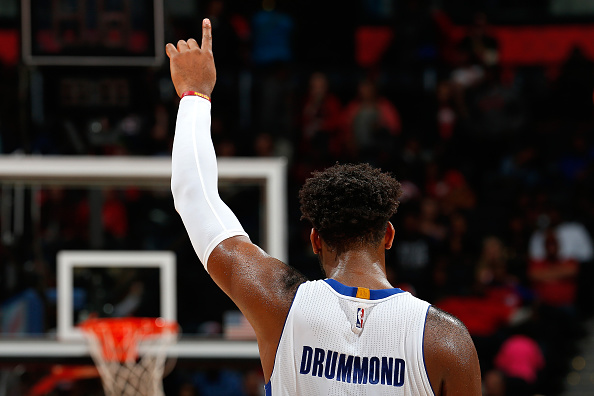 The Detroit Pistons are doing what any great franchise does during All-Star season – campaign for their All-Star caliber players to get the most All-Star votes possible. They hit a home run in doing so for Andre Drummond.

The Pistons took “Jumpman” from Drake and Future’s mixtape What A Time To Be Alive, and pieced together clips of President Barack Obama singing to the beat, promoting Drummond’s All-Star campaign.

And now, thanks to Toronto’s own @Drake, a message from President @BarackObama … RT #NBAVote Andre Drummond https://t.co/5s0VHNI0YL

You’ll be hard pressed in finding a better campaign for an NBA All-Star. The implementation of “Jumpman” is great not only because it is basketball related, but because it involves two of the most popular figures in hip-hop today.

Drummond has earned this type of attention, as he has been putting up monster numbers this season. In what has been the best season of his career, Drummond is averaging 18.6 points and 16.6 rebounds per game.

He has been an absolute force underneath the basket, and as the President raps, that boy has most definitely been up to something.