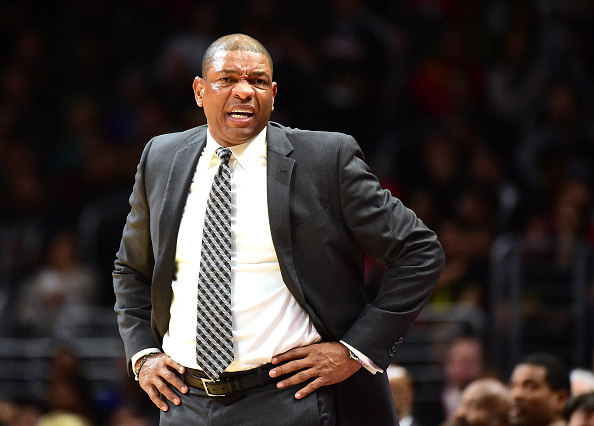 It turns out that Doc Rivers wasn’t without a NBA head coaching job for long. The Los Angeles Clippers parted ways with Rivers after seven seasons (and a 356-208 regular-season mark) Monday, but the Philadelphia 76ers hired him Thursday, as per ESPN’s Adrian Wojnarowski:

After a rapid courtship and negotiation, Doc Rivers has reached agreement on a deal to become the next coach of the Philadelphia 76ers, sources tell ESPN.

This seems to make some sense for both sides. The Sixers have plenty of talented pieces, particularly Joel Embiid and Ben Simmons, and they went 43-30 this season, so they’re not a full rebuilding project (and Rivers has made no secret of his preference to coach contending teams). But following a first-round sweep against the Boston Celtics, they opted to get rid of head coach Brett Brown, who went 221-344 in the regular season across seven years there (with the first three admittedly seasons where they wanted to perform poorly to get high draft picks).

The team had shown some progress under Brown, going 52-30 and 51-31 in 2017-18 and 2018-19 and making it to the second round of the playoffs in both of those years. But this year’s regular-season and playoff showings were a step back. And perhaps a different but experienced voice like Rivers can help them get over the hump.

As for Rivers, yes, he wound up with this job rather quickly, but this does look like one of the best jobs out there in terms of the current talent. And while the expectations are high, that’s going to be the case with any potential contender. The Sixers have shown some flaws, though, and those weren’t necessarily all about Brown’s coaching. We’ll see what Rivers can do with them.