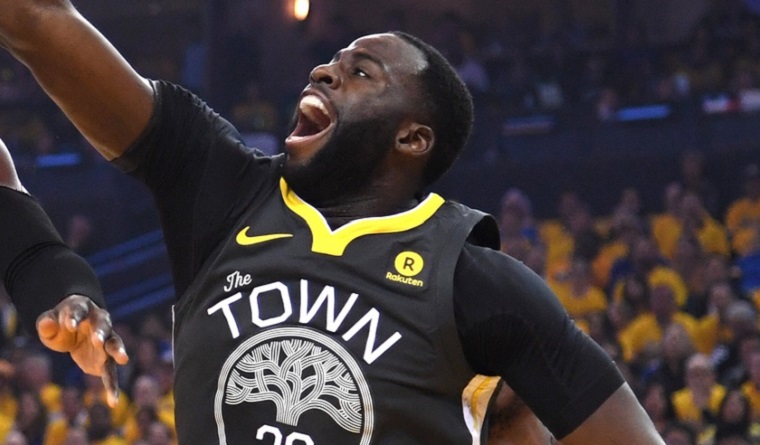 As could have been expected, Draymond Green did not care for the remarks Charles Barkley made about him on Tuesday night’s Inside the NBA. While footage of Green exchanging words with Rajon Rondo was shown on screen, Barkley said that he wants someone to punch Green in the face.

That’s not something you typically hear a TV studio analyst say on the air. But if you had to guess who would say such a thing, your first guess would probably be Charles Barkley, right? It’s part of what makes Inside the NBA such an entertaining show; you don’t know what these guys will say or do on a given night.

When asked about Barkley’s remarks after the Golden State Warriors’ 121-116 victory over the New Orleans Pelicans in Game 2 of their second-round NBA playoff series, Green did not dismiss the comments or claim that he hadn’t heard them so he wouldn’t respond. Nope, Draymond had something to say.

Here’s a video clip of some of Green’s remarks during his postgame press conference.

Draymond Green with a strong response to Charles Barkley saying he would punch him in the face pic.twitter.com/tBLRAei3zW

Even Green’s mother — yes, his mother — chimed in via Twitter:

@NBAonTNT Charles Barkley I wish you would.. you think Shaq had you RUNNING! #MANGONE

Does anyone really want to see the 28-year-old Green mix it up with the 55-year-old Barkley? That could get ugly. But watching the two of them trade barbs on a studio set or in a press conference setting could certainly be fun, even if it’s unlikely to happen.

No, maybe Barkley shouldn’t be calling for an NBA player to get punched in the face. But he’s also clearly irritated by Green’s tendency to argue calls with officials and jaw with other players. Barkley is responding as a former player, indicating he might have taken a swing at Green. That’s exactly what he’s supposed to do as a studio analyst, and it’s why he’s so popular in that role.

What’s interesting, however, is that Green eventually pulled Turner president David Levy into the discussion while talking to reporters.

Some of what Draymond said after his podium statement: "I think it's pretty sad. It's probably something that needs to … when you look at the president of TNT, David Levy, which I know well, it's kind of embarrassing on their behalf …

More Draymond: "I'm an employee of the NBA, he's an employee of TNT. And you have your biggest sponsor, one of the faces of that company, saying that on national television. That's embarrassing for them. So that's something — a problem that they have."

That shows Green knows the business and who the NBA’s important TV partners are. But registering an informal complaint to Barkley’s boss also kind of goes against the “punch me in my face when you see me” stance Green took before mentioning Levy’s name. “I want to talk to your manager” is a bit different — albeit more mature and civil — than “OK, let’s throw down right here!”

Considering how much publicity and acclaim Barkley brings to Turner as part of the Inside the NBA crew, it seems unlikely that Levy is very upset about what the Hall of Famer said. What are the chances that Wednesday’s show draws an even bigger audience, with viewers hoping to see if Barkley responds to Green’s remarks? (ESPN has Game 3 of the Warriors-Pelicans series on Thursday.)

Maybe Green has a point in that Barkley advocating on-court violence isn’t the ideal message from one of the NBA’s TV partners. To some, Barkley might still represent the NBA as a TV analyst and former player. But should Levy be embarrassed? Hardly. Barkley is doing exactly what he was hired to do, and Turner will enjoy the benefits of that.