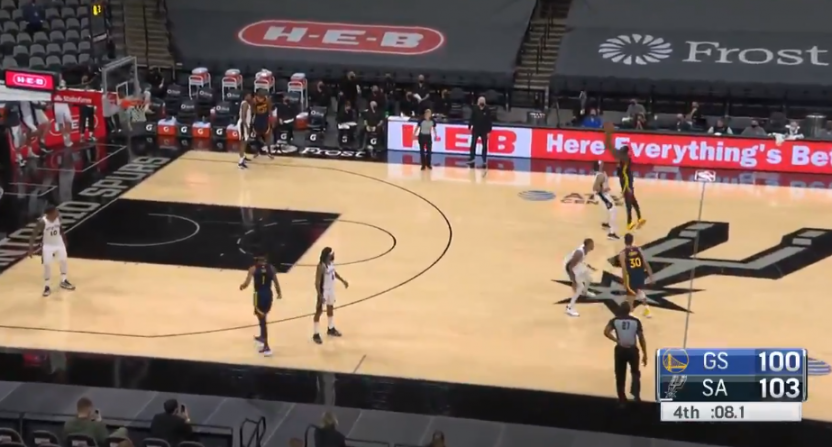 With roughly eight seconds to work with, and with Steph Curry also on the floor, Green threw up a wild shot from near half-court and bricked it. The Warriors lost 105-100.

Draymond attempted a game-tying shot from near half court and missed.

As the Warriors’ announcers for NBC Sports Bay Area explained, Green thought he could draw a shooting foul, which would result in three shots.

After the game, Green called it “the smartest dumb play in history.” He added that it was a “very smart play that ended up being dumb as hell.”

"I feel like that was the smartest dumb play in history… very smart play that ended up being dumb as h–l." pic.twitter.com/T1szjBdYx9

It’s worth noting that Green was 0-for-2 on free-throws in the game, and is shooting 76.0% from the charity stripe this season (to go with 71.1% for his career). So the odds of him making three straight free-throws wouldn’t be great even if he’d gotten the foul call. But his thinking is at least understandable, even if the decision was quite questionable- again, especially with Curry on the floor. Heck, look at how Curry ended the first quarter in this very game: