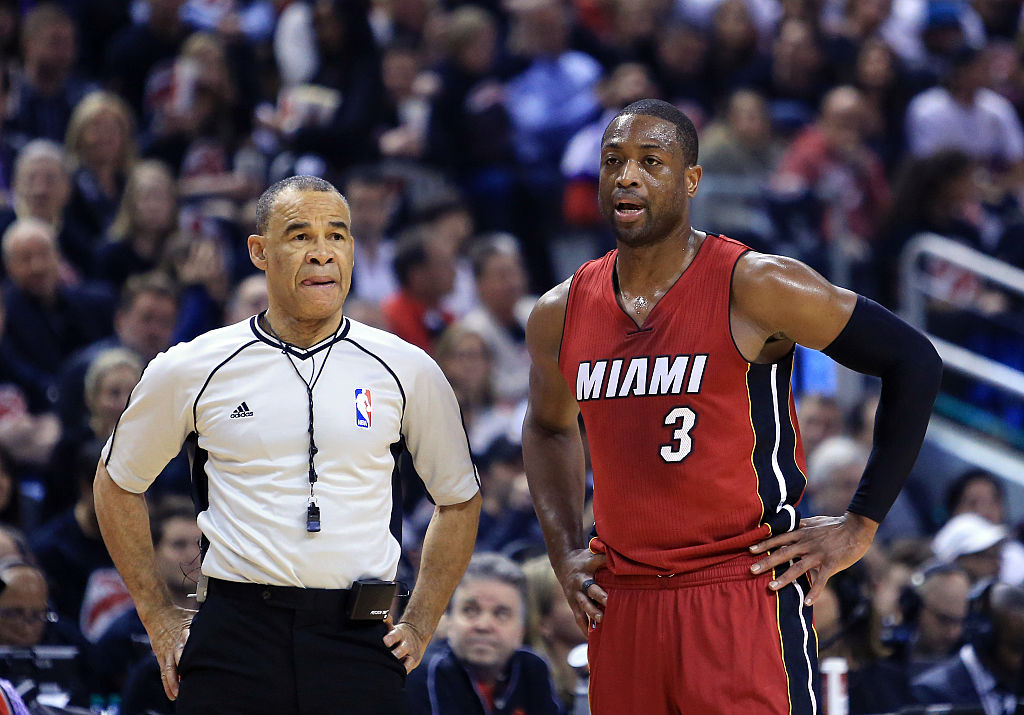 Dwyane Wade has been a key player for the Miami Heat since the day he was drafted, but the possibility of seeing him leave to compete elsewhere may be a more likely scenario than any in Miami would like to see.

Rumors of Wade hopping on a plane to meet his pal and former Heat teammate LeBron James and Cleveland Cavaliers owner Dan Gilbert were put to rest Tuesday by the Miami Herald’s Ethan Skolnick. Per Skolnick, Wade has been in Spain and was originally scheduled to return to the US later today. Of course, this is 2016 and negotiations can take place over email and Skype and many other resources, even across the Atlantic Ocean. What is pretty apparent though is the Heat and Wade are not exactly seeing eye-to-eye, to put it nicely.

Here’s the description of Wade’s current relationship with the Heat from Skolnick.

Wade and the Heat are not on great terms. That is coming from both sides. “Ugly” has been the common descriptor. Wade did not feel like the Heat prioritized him…. again. The Heat wanted Wade to be patient, while it was securing Hassan Whiteside and trying to land Kevin Durant.

Wade is in no rush to decide where he will be playing basketball in 2016, and really there should be no rush at this point. Wade may have some miles left in him despite breaking down a bit in recent years, but he is still a valuable player on the free agent market that teams will invest in if the price is right.

For Miami, the price is not quite what Wade is hoping to get. Miami has reportedly offered Wade a two-year deal valued at $40 million. Wade is looking for more long-term security on his next contract, which makes sense given his veteran status and questionable health in the years to come. For a player, locking in as much money as possible is essential. The problem is finding a team willing to commit to that kind of money for a player likely coming down the final stretch of his career and getting limited results on the court.

Wade already has some championship bling to show off, so he does not fall under the category of a player chasing a ring (see: K. Durant. Wait, that’s too obvious: how about “Kevin D.”?). He will have some options, perhaps some much more valuable than others. Heading to Cleveland for one last go with LeBron James for less money is one possibility. It is unlikely Wade goes to a team in a full rebuild mode, though the Milwaukee Bucks appeared to be in the running until today, when reports surfaced a meeting with the Bucks was now off.

Things are getting interesting in the Wade Watch of 2016, and all indications are not looking to be positive for Miami.