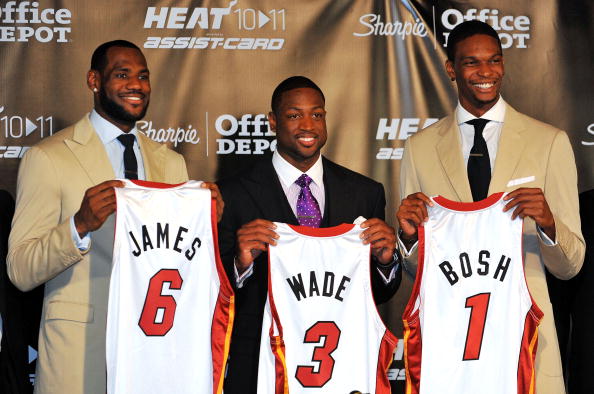 Remember that party? You know the one I’m talking about, where LeBron James, Dwayne Wade and Chris Bosh sat on a stage at American Airlines Arena. They were in their new Miami Heat uniforms, giddy to be playing together for Pat Riley. Miami was going to be home for the rest of their careers, and Riley, The Godfather who signed them all by dropping his bag of championship rings on the table, was going to be remembered as the one who pulled the whole thing off.

That was six years ago, and, man, a lot has happened since then. LeBron failed, then succeeded, then failed again. Wade solidified his place as the greatest player in Heat history. Bosh cried, was called soft and had his manhood questioned — only to morph into one of the best and most respected secondary players in the league.

Oh, and Pat Riley and the Heat — aside from Gregg Popovich and the San Antonio Spurs, there wasn’t a more revered franchise or executive in the league.

That shine has now been removed, and it’s been fascinating to watch the era of the Heat Big Three come to an end. You want an example of how today’s stars are no longer interested in kowtowing to their employers, in allowing the teams they play for to hold the power? Look no further than what’s been going on over the past two years in Miami with the Heat. 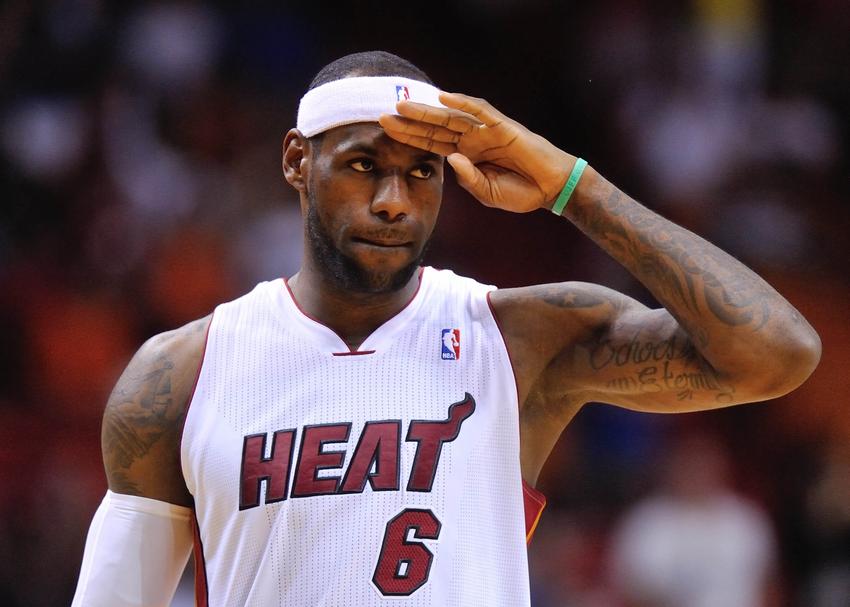 It started when LeBron left in 2016. It’s not just that he decided to return to Cleveland — it’s that he essentially gave Riley the finger on the way out. He didn’t return his text messages and made Riley, The Godfather, fly out to Las Vegas to woo him, even though there were reports (such as one from Stephen A. Smith) that LeBron knew he was going back to Cleveland all along.

Riley didn’t like that. “No more smiling agendas with hidden faces,” he said at a press conference after LeBron’s decision had been announced.

One year later, he and Wade — the franchise and city darling — were trading blows in the press. Wade wanted to be financially rewarded for past work and pay cuts. Riley didn’t want to spend all his cap room on an aging slasher with bad knees. They agreed on a middle ground — a one-year, $20 million deal — only to find themselves in the same situation this summer.

This time, Wade decided he was done with Riley and his games. He bolted for his hometown of Chicago. Publicly, Wade has had nothing but positive things to say about his former boss and franchise. Privately, though — well, here’s what Wade’s wife had to say back in July:

Then there was this Tweet from Union this week, just days after it leaked that Bosh had failed his physical, leading Riley to announce that Bosh’s “Heat career is probably over.”

If all your personal and business relationships end the exact same way, its a safe bet it's you. You are the problem.

In this case, Riley has been put in a difficult situation. All reports seem to indicate that Bosh is still suffering from blood clots and that it’d be dangerous for him to return to the court. But ignore the moral aspect of all this. Who’s right and who’s wrong — that’s a conversation for another day.

What’s most interesting is how little trust Bosh seems to have in Riley and the Heat. He’s got his own doctors verifying the Heat’s reports. He’s spent the past nine months telling anyone who asks that he plans on returning to the court, no matter what the Heat say. He began filming a documentary detailing his road back. Here’s one of the money quotes, via ABC News.

“Seeing the team doctors, they told me that my season is over, my career is probably over and this just happens, this is just how it is. I felt right away that I was written off. It was [claps his hands together] put it to the side matter-of-factly. If a doctor tells me, ‘Hey that’s it and this is how that is,’ and I don’t buy that. I have the right to disagree with you.

“I know inside me I have a lot of talent and a lot of ability. I have it. I know I have it. It wasn’t a matter of if I play again; it was when. So we took the bull by the horns.”

Oh, and the man Bosh tasked with producing this documentary? Maverick Carter, longtime friend and ally of LeBron James.

The message is clear: Bosh feels more loyalty to the man who left the Heat than the one who runs them. Whether that’s fair or not really doesn’t matter.

That’s what the legacy of the Heat Big Three is going to be. It was the players who made it happen — remember those reports of how the whole thing was orchestrated during the 2012 Olympics — and the players who tore it apart and in the end, Riley, for all his brilliance and power, couldn’t do anything about it. He might be known as The Godfather, but if it wasn’t clear before it certainly is now:

In today’s NBA, it’s the players who are in charge.