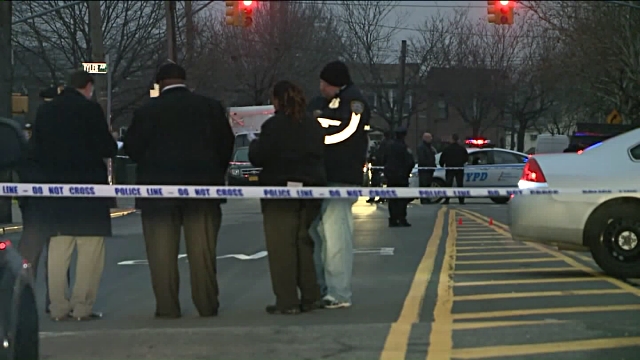 Roughly 10 days after New York Knicks forward Derrick Williams was robbed of $750,000 worth of jewelry from his NYC home in what appeared to be a targeted attack, teammate Cleanthony Early had his Uber surrounded by masked gunmen, who robbed and shot the 24-year-old in the knee shortly after leaving an area strip club.

What should NBA teams do in order to protect their players, who they’ve invested hundreds of millions of dollars in? The league constantly walks a complex fine line between trying to ensure their safety while also letting the players go out and live their lives.

Shortly after the attack on Early, which occurred just after 4:15 a.m. on Dec. 30, Atlanta Hawks players got a text message from Naya-Joi Martin, the team’s manager of player programs. The text informed the players what had occurred and that the players should be careful, according to Hawks guard Thabo Sefolosha.

Sefolosha, as you probably know, sustained a broken leg and other injuries last April in an incident with the NYC Police Department outside the same Manhattan nightclub where, just moments earlier, then-Indiana Pacers forward Chris Copeland, now with Milwaukee, was stabbed. Sefolosha was arrested and was subsequently fully acquitted on several charges, including disorderly conduct and resisting arrest. He reportedly plans to sue the NYPD.

In the wake of Sefolosha’s incident, and the more recent situations with the Knicks, player safety has become a major concern for NBA teams, and the league. The question is, how, and who, should handle security? Should it be solely on the players, or should the teams be more invested?

“I think they’re doing a pretty good job already,” Sefolosha told The Comeback. “I think players should do more. If you’re going to go out, maybe hire (personal) security, depending on where you’re going. Hire a driver, something like that.”

Sefolosha is back on the court and playing for the Hawks this season after missing the playoffs last year. Early was released from the hospital last weekend and is expected to make a full recovery. Though he’ll likely be out several months—the team has not ruled out a return this season just yet—Early is back this week attending Knicks practice while the hole in his leg heals.

“You never want to see that happen to anybody,” Williams told The Comeback. “Luckily, thank god, it wasn’t worse than what it was.”

Williams said he learned a lot from his own incident, when he brought two women home from a club in Manhattan’s Meatpacking District. It was too late before he realized they had made off with three quarters of a million dollars worth of jewelry.

“People are going to look at you as a target,” Williams said. “Motives most of the time are how much money you make, so you’ve just gotta be aware.”

Williams then defended Early in our conversation, saying that he couldn’t have predicted the horrific crime perpetrated against him.

“You can’t have eyes 24/7, that’s just one of those things that happens,” Williams said. “All around the world, you never know when that type of stuff could happen.”

Given the opportunity to explain how NBA teams are protecting their assets, their employees, three different franchises declined to discuss the matter with The Comeback. The Hawks declined to make a statement through the team’s media relations staff.

Through assistant general manager and team legal counsel Mike Zarren, the Boston Celtics said that the team’s policy is not to discuss any security matters or procedures.

The Toronto Raptors, through their media relations department said that in discussions with the league on the matter, their security chief felt that it was best not to comment.

“We prefer to keep our practices and policies internal for the safety of our players.”

The NBA declined discussing specific security policy as well, saying “the safety and well-being of our players is of paramount importance,” per league spokesman Tim Frank. “We work closely with them, our teams and the players association to help them in all areas, including with their personal safety.”

Hawks guard Kyle Korver, one of the NBA Players Association’s vice presidents, said there’s really only so much the league can do to help players, without being overbearing.

“We have meetings, we have security meetings already,” Korver told The Comeback. “You’re informed about a lot of things. But at some point it’s kind of on us players, right? To make good decisions.”

There are certain times, Sefolosha said, where players need to know when to take extra precautions.

“Maybe when going to a restaurant downtown then not,” Sefolosha said. “If you go to a club at four in the morning, then you probably want to have security with you.”

Sefolosha was clear his comment wasn’t glib, nor in any way critical of Early’s situation, rather a reminder for fellow players to take proper precautions when going out in the real world as  targeted, multi-millionaire NBA players.

Celtics center Kelly Olynyk, the team’s NBAPA representative, said that in his experience, teams are always willing to help players when they ask for it. Players just have to ask.

“I think sometimes guys don’t seek help, and it’s hard for teams to ask everybody every minute of the day whether they want someone to come with him,” Olynyk told The Comeback.

While safety is a major concern, so is privacy. Players want their space and certainly don’t need to have the team in their private business all the time, which, Olynyk explained, makes this a tough issue. Others players echoed that sentiment.

“I would probably fall into the way of thinking that I don’t want to be too deeply watched or patrolled,” Korver said. “We’re grown men and we can make our own decisions.”

Korver stressed that it’s always good to be informed and to know what’s out there in terms of risk when going to certain places at certain times, especially as players travel on the road during the season to often unfamiliar cities.

“Be aware of your surroundings,” Sefolosha warned, having surely experienced being in the wrong place at the wrong time firsthand. “Be aware of where you’re going before you go there.”

Sometimes, though, even when a player knows his surroundings and takes all the proper measures to ensure his safety, it unfortunately may not matter; a trend everyone in the game needs to address together.