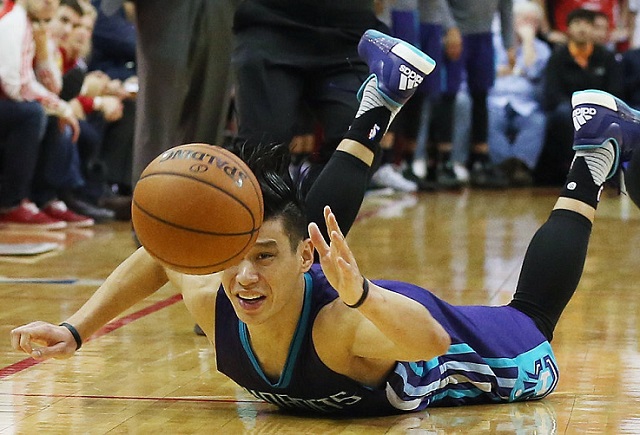 The Charlotte Hornets point guard is apparently being ignored by NBA referees when it comes to drawing flagrant fouls. The discrepancy was so notable to a few fans that they worked to compile a nearly seven-minute long video detailing Lin’s tribulations.

Lin may have receded from the public spotlight since his time with the Knicks and the Lakers, but based on the response to this video, its clear that he still has a pretty sizable following. The original video has nearly one million views on YouTube, and a version with Chinese subtitles has close to 750,000.

As the videos gained popularity, its creator and two others drafted a letter to send to the NBA league offices regarding Lin’s alleged mistreatment. The trio also encouraged other fans to send in the same or similar letters to make the weight of their complaint known.

The NBA did respond to the letter, a victory in itself, but denied any wrongdoing on the part of its referees.

Fans who wrote to the league appeared to receive the same form letter encouraging them to read rules categorizing different fouls. An identical statement was forwarded to any media outlets seeking comment.
“While some of the plays in the video involved hard contact, none was subsequently deemed a Flagrant Foul given the full circumstances, angles and comparables from past games,” the statement reads.

Lin caught wind of the movement himself and even offered some thoughts his treatment.

Jeremy Lin thanks fan create video about his non-call flagrant foul, hope the league can review it & get more calls pic.twitter.com/74jDgC4fC9

Lin’s race is never directly mentioned in the video, nor in any of his follow-up comments, but his status as an Asian NBA player has surrounded him since the Linsanity phenomenon first burst on to the scene in 2012. We have already seen offensive jokes and ill-advised headlines made on Lin’s behalf, which only fuels the notion that a double-standard exists for him on the court as well as off it.

While some might claim the video’s evidence is anecdotal, ESPN’s Tom Haberstroh demonstrated that the numbers support Lin’s case. Lin has drawn 813 fouls in the past three seasons without a single flagrant call. That is the highest figure for any guard, and third among all NBA players.

That is not quite a smoking gun, but might be the supporting evidence we have on the matter. For a player that still gets hassled by security who do not believe he is a NBA player, it is not hard to see why this movement has gained the ground it has.