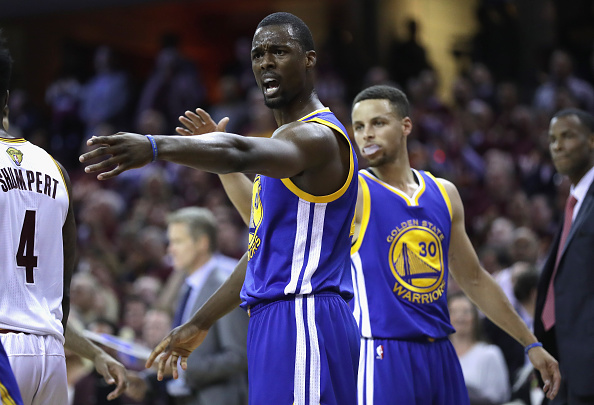 The Golden State Warriors broke the NBA record for wins in an 82-game regular season with 73, yet also made postseason history Sunday night by becoming the first team to ever blow a 3-1 lead in the NBA Finals with a 93-89 loss to the Cleveland Cavaliers in Game 7.

Golden State won’t have much time, however, to look back, second-guess themselves or think about what could have been. Now the Warriors face an incredibly compelling and difficult question going into what will be an extremely fascinating offseason: How do you improve upon a team that enjoyed an unfathomable amount of success— 88-18, if you include the postseason record— without winning a championship?

There’s no easy answer to that question.

Golden State’s most important trio of Stephen Curry, Klay Thompson and Draymond Green are under contract for next season, as are Andre Iguodala and Andrew Bogut. But general manager Bob Myers, head coach Steve Kerr and the Warriors’ front office have some tough decisions to make on several key rotation players when free agency begins on July 1.

Harrison Barnes was heavily criticized for his poor shooting in the Finals — he shot 38.4 percent in the playoffs — yet is a restricted free agent and will likely garner a ton of interest, and a big payday, from teams looking to pry him away from the Warriors. Festus Ezeli, who had his fair share of criticism aimed his way in Game 7, is another Golden State rotation player who will be a restricted free agent attracting a lot of attention from other teams, and someone the team may want to consider prioritizing with Bogut going into the last year of his contract.

Golden State has to decide where to allocate its resources with the NBA salary cap expected to balloon up to $94 million. The drastic increase in the cap that should come with the league’s new record-shattering television contract, beginning next season, will help the team keep its core together. But Myers, Kerr and company need to save some space for Curry, whose contract is up after the 2016-2017 season and will deservedly command a massive payday.

Other Warriors whose contracts are up include Shawn Livingston, who has a $5.7 million team option that the team will surely pick up. Mareese Speights and Leandro Barbosa are key bench players who Golden State may want to retain, yet could be lured elsewhere by another team looking to overpay for some of that historic Warriors magic.

The chemistry of this Warriors team was so strong, yet it failed to accomplish its ultimate objective. So does the front office try to bring the band together for another run, or try to shake things up in search of something that will put them over the top?

Golden State has about $74-75 million in committed salaries for next season, which means it’ll have about $19-20 million to play around with before it reaches the expected cap. The luxury tax for a $94 million salary cap would be $113 million, which the Warriors should exceed given its likely massive revenues and its championship window being as wide open as it can get. A max-level contract for a player between seven and 10 years of service time would start at $26.4 million per season, and would be $30.8 million for a player with at least 10 years of service time.

So if the Warriors wanted to really shake things up and go after a transcendental max-salary player like Kevin Durant (nine years of service time), they’d be able to do it with some financial gymnastics that don’t need to approach a Simone Biles-esque degree of difficulty. But they may not want to do that and opt instead to maintain a justifiable level of continuity by keeping the team together that ran roughshod over the league during the regular season.

July 1 is quickly approaching. Now that the previously unthinkable has happened and this Warriors team did not win it all, the league’s biggest storyline — other than Durant’s destination — will be what Golden State will decide to do next.