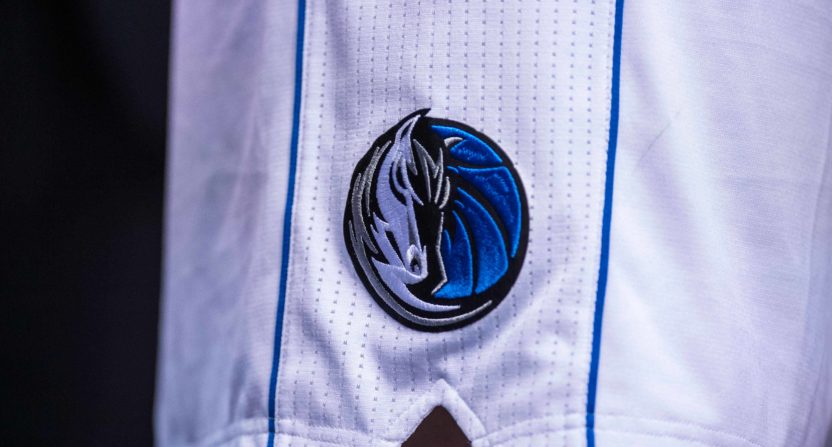 Last month, a bombshell report from Sports Illustrated revealed a culture of sexual harassment in Dallas Mavericks team offices, with president Terdema Ussery identified as the primary offender. As the story broke, famously hands-on Mavs owner Mark Cuban expressed shock at the allegations and vowed that the team did not and would not tolerate such behavior.

The original SI report was sourced through anonymous current and former team employees, whom Ussery attempted to discredit, but on Tuesday one of those employees revealed her identity. In an essay published on SI.com, former Mavs marketing and game operations employee Melissa Weishaupt wrote that she was harassed by Ussery, then questioned whether the Mavericks “get it” and blamed Cuban for enabling a toxic workplace culture. Via SI:

I’m using my name because I’m still not sure the Mavericks get it. Since the story broke, owner Mark Cuban has repeatedly claimed he oversaw only the basketball side of that franchise, not the business side.

Sorry. It doesn’t work that way. You own 100% of the team, Mark. The buck stops with you. When I worked on the Mavs’ business side, all marketing, promotional and broadcasting decisions went through you. Nothing was decided without your approval.

I am using my name because I am convinced that Cuban still doesn’t recognize the culture he’s helped create or the plight of the women who still work for him. From where I sit, Mark’s response was to rush in like some white knight in a T-shirt and jeans and yell, Don’t worry, ladies of the Mavs, I will help you with paid counseling and a hotline you can call!

Now you want to help? We are not fragile flowers. We don’t long for counseling. (As for that hotline: I’ve spoken with a dozen current and former team employees; we have no idea what this is or how to find it.) We want equitable pay. We need to be treated with respect. When deserved, we ought to be given the same promotions as our male counterparts.

Weishaupt praised Mavericks star Dirk Nowitzki and coach Rick Carlisle for their strong comments in the wake of the SI report but called out the team’s human resources department for failing to represent her.

I’m using my name because I know that the human resources department is not always a safe haven. At the Mavericks—and I’m sure elsewhere—HR was there to protect management, not employees. Many workers, especially middle-class and minority workers do not have a voice or an advocate at their jobs. They should chronicle what happens around them, find a support group outside of work. But they should be cautious in dealing with HR.

Overall, Weishaupt’s piece is a thoughtful and poignant rumination on both workplace sexual harassment and what happens after it has been exposed. It’s worth reading in full.