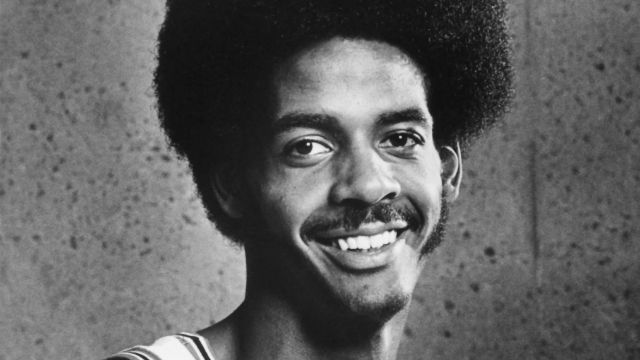 Former Portland Trail Blazers No. 1 overall draft pick in 1972 LaRue Martin didn’t quite pan out as an NBA player. In fact, he told OregonLive, “I get ridiculed every year being the worst draft choice… there was never too much playing time. I kept my mouth shut.”

But, Martin told OregonLive that people in Portland treated him very well, despite his (by his own admission) disappointing four years. Martin was able to find another career outside of basketball that has given him great longevity, at UPS.

Martin’s outlook on his NBA career is good. He discusses overlooking all of the negative things and thoughts. It’s also pretty clear that Martin didn’t feel that he got enough minutes to truly show what he was capable of as a member of the Trail Blazers. “You have to get minutes in order to produce,” he told OregonLive. “You can practice day in and day out, but if you don’t get the minutes in the game to play against other guys, how can you produce.”

Martin is still understandably proud about being the No. 1 overall pick, as he explained to OregonLive:

“We’re blessed. That’s one thing they can’t take away from us. Being the No. 1 draft choice. They may ridicule us and they talk about us, ‘LaRue Martin is a bust’… but a lot of men and women out there didn’t get an opportunity to play at all… at times things don’t go your way. That’s all. No one’s perfect out here.”

That’s probably the one thing to remember here. Even though his NBA career didn’t pan out like you might expect that of a No. 1 overall pick’s career to go, he still made the league. He still played four years of basketball at the highest level in the world. Sure, it didn’t go the way he wanted to, but he still made a career elsewhere, and in the end, we’re all just out here trying to survive.