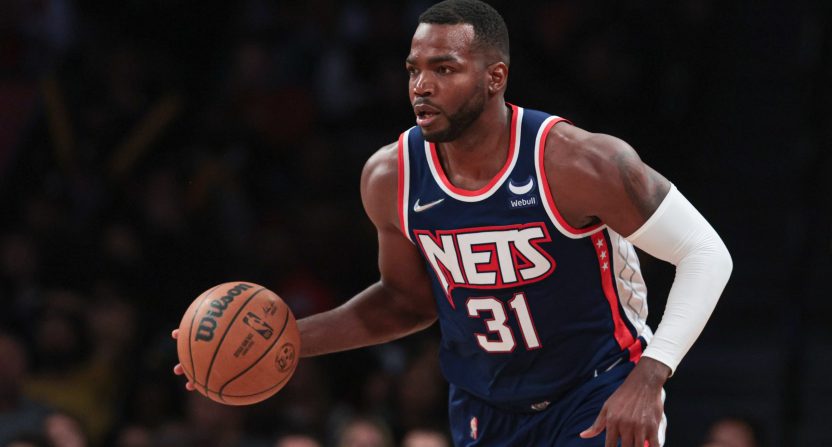 Shams Charania of The Athletic and Stadium reports that four-time NBA All-Star Paul Millsap is looking to move on from the Brooklyn Nets, and the two sides have agreed to find Millsap “a new team where he can have a greater contribution.”

Forward Paul Millsap and the Brooklyn Nets have agreed to find the four-time All-Star a new team where he can have a greater contribution, sources tell @TheAthletic @Stadium.

Millsap, 36, signed with the Nets over the offseason and hasn’t been able to carve out the role he hoped to with Brooklyn. He has zero starts and is averaging 11.3 minutes per game (and has played in just two of Brooklyn’s last 17 games), after averaging 20.8 minutes per game — and starting 36 of 54 games — with the Denver Nuggets last season. He’s averaging 3.4 points and 3.7 rebounds, with a 37.6 field goal percentage.

However, Millsap is just a season removed from a 47.6 field goal percentage and 16.4 Player Efficiency Rating (PER), while being worth 3.2 win shares. So, it’s possible that there’s more left in the tank than his Brooklyn stint has shown, and perhaps that could be unlocked with a new team.

Charania notes that the Chicago Bulls and Golden State Warriors were among the teams targeting Millsap over the offseason.

Millsap, 36, has played in only two of the Nets‘ last 17 games. He chose among Nets, Bulls and Warriors in free agency last offseason. https://t.co/fRLlq1dv4F

The Bulls also have a huge hole at power forward right now, thanks to Patrick Williams, Javonte Green, and Derrick Jones Jr. all being out with injuries. However, the Nets surely don’t want to be in the business of helping improve a Bulls team that’s currently tied for the No. 1 seed in the Eastern Conference, a half-game ahead of Brooklyn (and Chicago already has the tiebreaker).

But Millsap should interesting several NBA contenders, and it will be interesting to see where he lands.