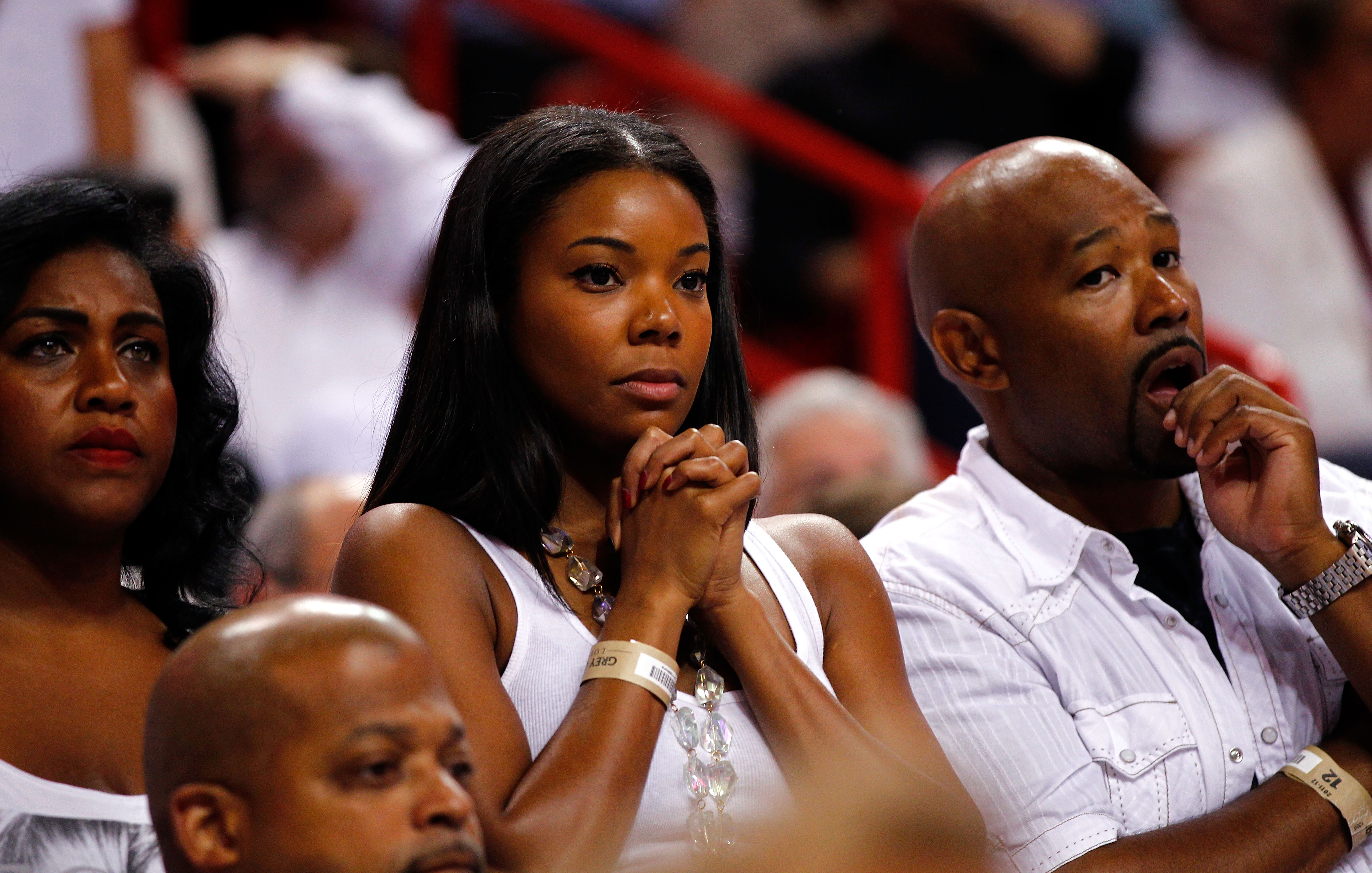 To say that actress Gabrielle Union, wife of Miami Heat’s Dwayne Wade, was upset last night would be putting it a bit light.

After Wade didn’t receive a foul call during last night’s Game 5 against the Charlotte Hornets, Union went on a Twitter tirade that scorched just about everyone involved in not making that call.

For context, here was the disputed call in question. Wade certainly gets fouled by a couple Hornets players but yet wasn’t given the foul.

Wade was understandably furious and got into the face of the referee. While that was going on, Union used social media to vent her frustration.

They need to get fined. Period. Crappy officiating deserves a FINE and suspension. Not after the fact "oh well" https://t.co/B6CSxn4ck2

2 min report is BS… after the fact WHO CARES?!?!?! If you don't #FineEm what's the motivation to get it right in the future?? #logic

And plsssss…hands straight up mean NADA if you get hit with the body down low. Stop it #FineEm

Replying to someone pointing out referees do get fined.

True story… whole section was shocked… ummmm if you talking to me you ain't focused on your job #FineEm https://t.co/1F990Bwq83

Replying to someone saying that both teams had bad calls go against them and there’s no way to overturn the calls.

Hilariously responding to a troll asking if Wade is tweeting from Union’s account so he doesn’t get fined.

I have a brain, eyes and common damn sense. God bless that u think a woman can't think or tweet for herself https://t.co/BJghIHDMXr

Replying to someone pointing out that Pistons’ Reggie Jackson said something similar post game last week and was fined.

Yep and he may get fined… I on the other hand cannot be fined… https://t.co/QY9LBSGXTf

Two things about this. One, yes it was a bad call and a call that potentially changed the entire game. The Heat lost 90-88 and that missed call could’ve and should’ve been Wade going to the line for two shots and potentially led to a tie game. And two, yes while Wade can get fined if he criticizes referees, Union cannot be fined for what she says. And that’s probably a good thing in a financial sense.

We all know referees in all sports have it tough and now that we at home can see plays zoomed in and slowed down and we can obviously determine whether a call was correct or not. Though sometimes, like this, it’s pretty clear the wrong call was made and you didn’t need a slow motion replay. Union, like any other fan, disagreed with the call and let her views heard. That’s the added intensity of the playoffs.