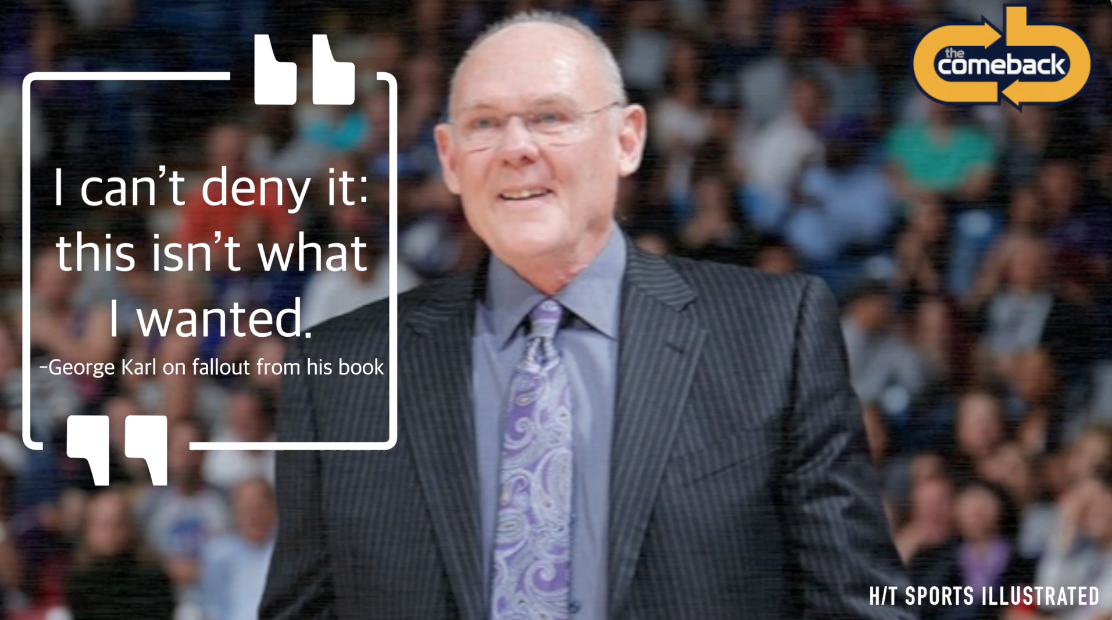 Former NBA coach George Karl wrote a book in which he criticized a number of former players and commented on how growing up fatherless might have impacted their behavior on the basketball court.

He did not think anyone would be angry about that.

In an interview with Sports Illustrated published Wednesday, Karl said that because this was his first foray into book publishing, he had no idea the excerpts about Carmelo Anthony, J.R. Smith and Kenyon Martin would cause such a stir.

SI: You’re surprised by this, the fallout?

GK: Yeah a little bit. I can’t deny it: this isn’t what I wanted. A lot of these stories are five or ten or 15 years old and we were all different people then. To bring such intensity to it, I’m sorry this has happened in some ways.

SI: But you had to know how this game works—

SI: What’s one thing you wish people had told you before you started this?

GK: Probably to be more careful. For me, I was thinking about a conversation with the fan. The filter that coaches have to have on when they’re coaching, I probably took that off a little too much.

Sorry George, but we’ve got to call bullshit on this one. When Karl wrote all that provocative stuff about Carmelo Anthony, Kenyon Martin, J.R. Smith and others, he knew the players wouldn’t like it, he knew it would get attention, and he knew that would help him sell books. Maybe he hoped the reaction wouldn’t be quite so sharp, but he knew there would be a reaction, and it’s dishonest for him to spin it after-the-fact like he stumbled into this controversy by accident.

If Karl didn’t want to burn bridges with your former players, he shouldn’t have written nasty things about them.