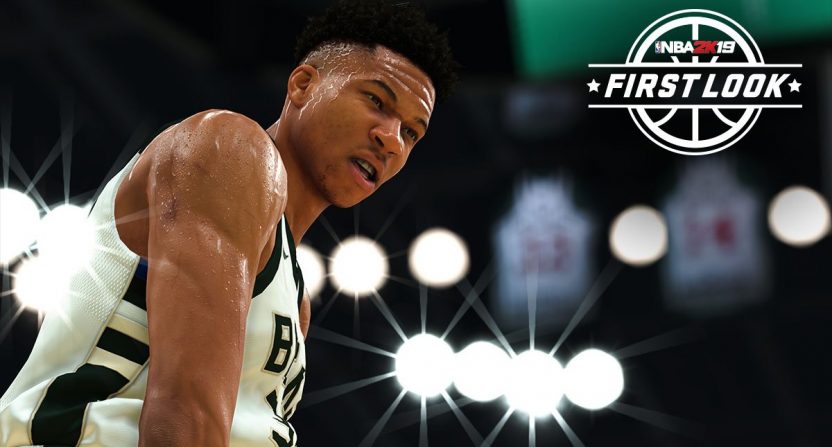 Now that LeBron James has reshuffled the NBA power structure by taking his talents to the Los Angeles Lakers, the Eastern Conference finds itself with a face. It has good teams, like the Boston Celtics and Philadelphia 76ers. But LeBron took a whole lot of star power with him, creating a vacuum for someone to step into and become the poster child for “the other conference.”

Giannis Antetokounmpo may just be that star.

I am honored to be the first international player featured on the cover of @NBA2K. Pre-orders are now available #NBA2K19 https://t.co/4KpjAmy1TO pic.twitter.com/gWZBcCMHVF

The Milwaukee Bucks’ two-time all-star made history on Monday when it was unveiled that he would be the cover athlete for the “NBA 2K19” video game. The history part is that Antetokounmpo is the first international-born basketball player to grace the cover, hailing from Greece.

While everyone was talking about the Golden State Warriors, LeBron, and the Process-trusting Sixers, Antetokounmpo is in the midst of a very impressive run in his young career. In 2016–17, he led the Bucks in all five major statistical categories and became the first player in NBA history to finish a regular season in the top 20 in total points, rebounds, assists, steals, and blocks. In 2017-2018, he upped his scoring average to 26.9 per game and averaged a double-double thanks to grabbing ten boards each contest. The Bucks forced Game 7 against the Celtics in the first round of the playoffs and although they fell short they served notice that they’re going to stick around, especially in the post-LeBron Eastern Conference.

Julius Randle was one of just five players to average at least 19 points, 9 rebounds and 3 assists over the final 41 games of the 2017-18 season.

The other four were: LeBron James, Russell Westbrook, Nikola Jokic and Giannis Antetokounmpo.

Antetokounmpo appeared on Colin Cowherd’s radio show on Monday to discuss the honor, and when asked if he would leave Milwaukee for Los Angeles like LeBron, he was emphatic about wanting to stay put and help the Bucks bring home a championship.

"My goal is to win in Milwaukee, bring a Championship to the city… I would never leave for LA." — @Giannis_An34 tells @TheHerd #FearTheDeer pic.twitter.com/7pOhsjyByz

Whether or not that’s ultimately true is irrelevant. He’s the face of the Bucks and will likely be so for the foreseeable future. The Bucks are going to be among 5-6 teams grasping for the brass ring that LeBron has so easily taken for himself the last eight years. And while the Bucks won’t be favored to play the Warriors, Lakers, or Rockets in the NBA Finals, they’ve got as good a shot as any and Giannis is going to be the reason why.

There are certainly strong contenders out there for “the Face of the Eastern Conference.” Kyrie Irving, Joel Embiid, and DeMar DeRozan make good cases. But it’s going to come down to what happens in the playoffs and Antetokounmpo’s ascension to the top of the conference (and the league) could make him stand out even from that crowd. Special talents like him don’t come to Milwaukee very often. Expect them to make the most of him.

Most people don’t take Skip Bayless’ opinion to mean much these days. But we also know that pro athletes will take motivation wherever they can find it. And if Giannis needed an extra incentive to work a little harder to become the Face of Eastern Conference, he apparently found it here.

That’s all I needed for this summer thank you skip! #Motivation https://t.co/IVWcFRzd4f

If that’s what seals it, at least Bayless has now done one good thing in his career.