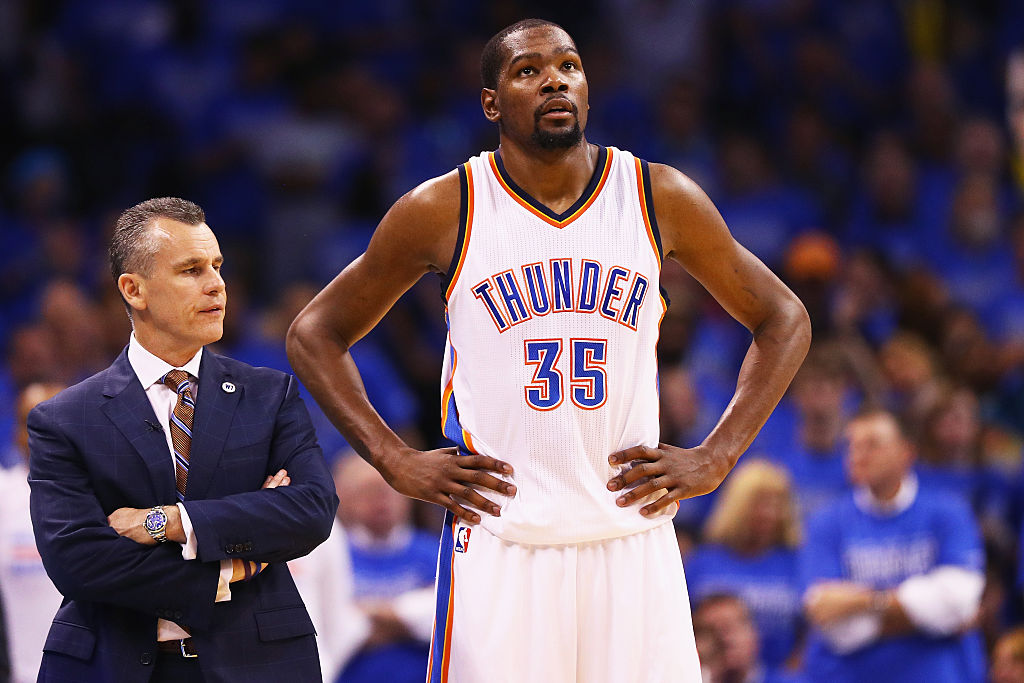 A 73-9 regular season and a trip to the NBA Finals has left the Golden State Warriors ready to go after all the big-name free agents this summer, including Kevin Durant.

Marc Stein of ESPN reports that Durant will be the Warriors’ top target when free agency begins on July 1. Durant is one of a few big names the Warriors are interested in signing.

Since Golden State lost to Cleveland in Game 7 on Sunday, Warriors owner Joe Lacob has come out and said that he will be aggressive in free agency, despite the Golden State’s recent success. On Monday, rumors began to surface about the Warriors wanting to sign Dirk Nowitzki. According to Tim Kawakami, Golden State is looking to upgrade its bench for next season, and players like Nowitzki would help fill that void.

But the Dallas Mavericks star is considered to be a second option for Golden State if the Warriors are unable to sign Durant.

As for Durant, Stein says that Golden State and San Antonio are considered to be the top destinations for the soon-to-be free agent if he decides to leave Oklahoma City. Other possible destinations, including Houston and Washington, are already considered to be out of the mix, according to reports.

The rumors of Durant to the Warriors have been around for months now. But as we continue to approach free agency, the rumors of Durant’s departure continue to pick up steam. However, there are still plenty of reports out there suggesting that Durant will re-sign with the Thunder and wait to leave until Russell Westbrook becomes a free agent next summer.