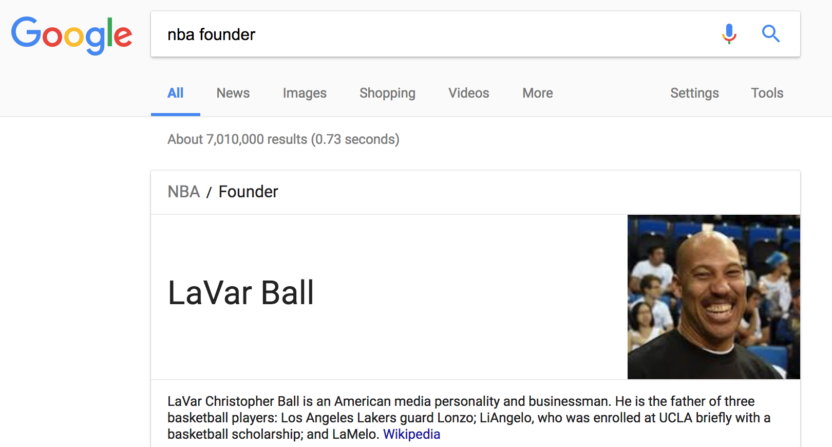 If you typed “NBA founder” into Google on Tuesday afternoon, you were greeted not with information about the league’s first president, Maurice Podoloff, or the man who pushed hardest for its creation, Walter Brown. Nor were you immediately provided other information about process through which the Basketball Association of America merged with the National Basketball League to create the NBA.

Instead you were greeted with the name of basketball most polarizing dad/entrepreneur/provocateur, LaVar Ball. 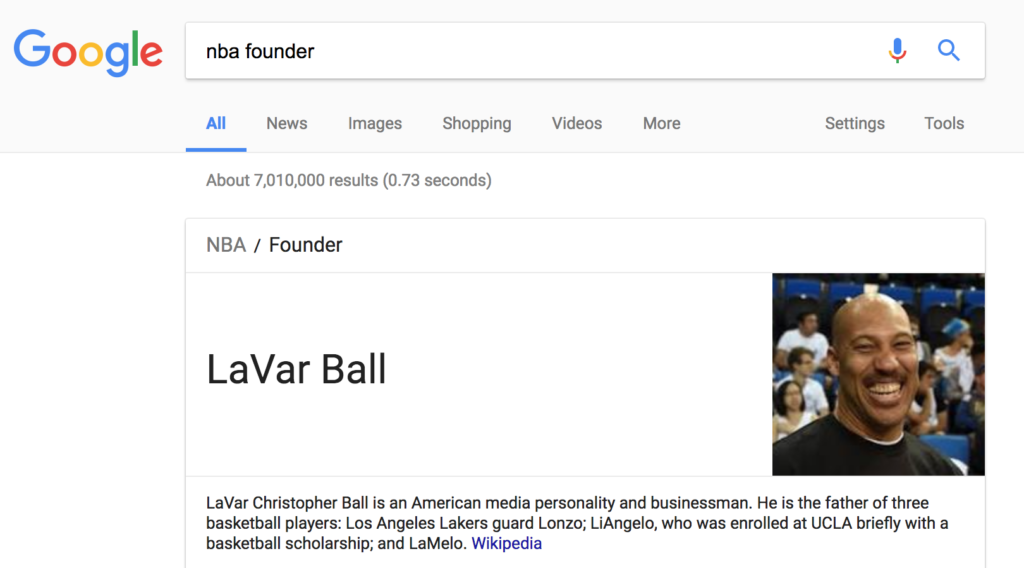 Yep, according to Google, the mechanism through which millions of people worldwide receive their information, LaVar Ball founded the NBA.

NBA founder would certainly be an impressive resume line for a guy who’s chief NBA-related accomplishment to date is raising a player who ranks second to last in the league in shooting percentage among players who have logged at least 600 minutes this season.

It’s hard to figure out exactly why this happened. Maybe it was because the word “founder” appears in the first paragraph of Ball’s Wikipedia page, in reference to his apparel company, Big Baller Brand? Maybe it was because Ball is attempting to launch a basketball league of his own, targeting players just out of high school looking to avoid playing in college? Maybe it was the result of a prank on the part of a Google employee looking to stir some chaos? Or maybe it was just an innocent glitch in a sophisticated search algorithm.

But maybe we should also consider the possibility that Ball, who was born in 1967, actually traveled back in time to found the NBA in the 1940s and Google is the only one who knows. That would, after all, definitely be a Big Baller move.