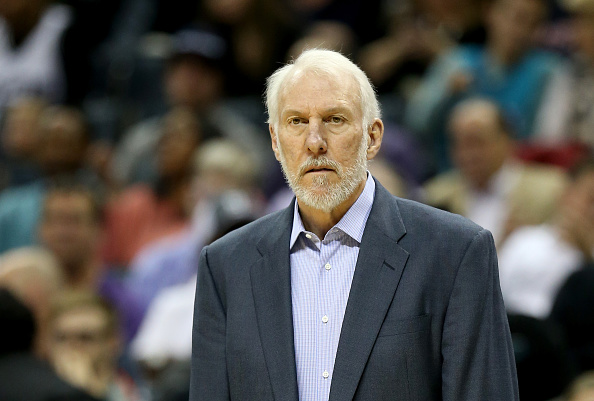 San Antonio Spurs coach Gregg Popovich has a strange relationship with the media much like New England Patriots coach Bill Belichick does.

Both of these coaches can be ridiculously stern and like to keep everything close to the vest. To get around that, it seems that reporters ask Popovich and Belichick “interesting” questions to answer.

“I started to watch it,” Popovich said Wednesday, referring to the showdown between Democrat Tim Kaine and Republican Mike Pence, “but after a certain amount of time it became so disgusting, so childish to see two grown men act like they were in high school.

“It was just really disappointing. You wonder about the level of discourse. The level of civility was ridiculously low, the childish need to interrupt. It was really disgusting, both of them.”

Popovich’s harsh review isn’t the first time during the election season he’s pummeled politicians for their lack of tact.

“It’s gotten to a point where the civility and the level of discourse are basically in the gutter,” Popovich said last week.

Preach, Pop. Leave it to this basketball legend to give a perfect description of Tuesday’s debate. He seemed to pretty much say what everyone was thinking.

Now that we know Popovich isn’t afraid to be blunt about this year’s election, how about we let Pop moderate or participate in one of the upcoming debates between the Presidential nominees. That would be a sight to see.