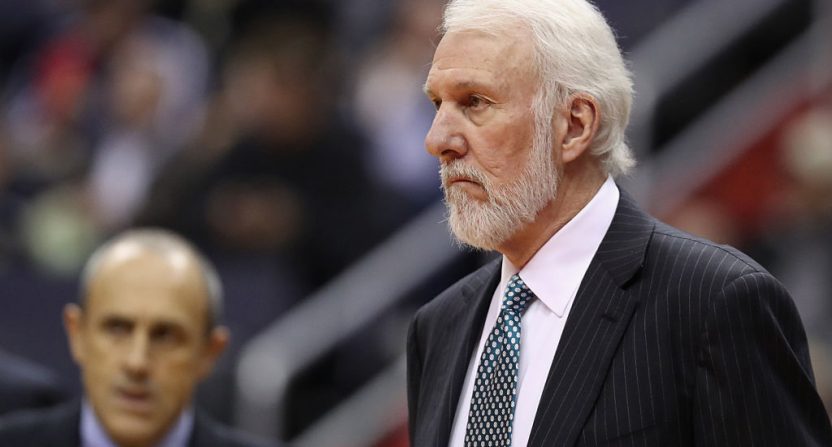 San Antonio Spurs head coach Gregg Popovich has let his feelings be known several times this year on a variety of issues (most recently the immigration ban). While many want to stay on the sidelines of today’s current social issues, Popovich would rather be at the forefront. He is using his platform to speak out on subjects he cares about. His status as a cultural hero has never been higher.

Prior to the Spurs’ game against the Sixers on Thursday night, Popovich was asked what Black History Month meant to him, and his response hit on what we still have to work on as a nation:

Gregg Popovich is the best, and this quote is extraordinary. pic.twitter.com/J91Z75i4gA

It’s amazing how he can speak on topics articulately right off the top of his head. If you didn’t know any better, you’d believe that the comments were prepared.

And we know he’s always prepared on the basketball court as a milestone Popovich reached on Thursday night showed:

Gregg Popovich ties NBA record for most victories with one franchise with his 1,127th career win with the Spurs. https://t.co/BdC4DLeQoN pic.twitter.com/AHJzMVGGBM