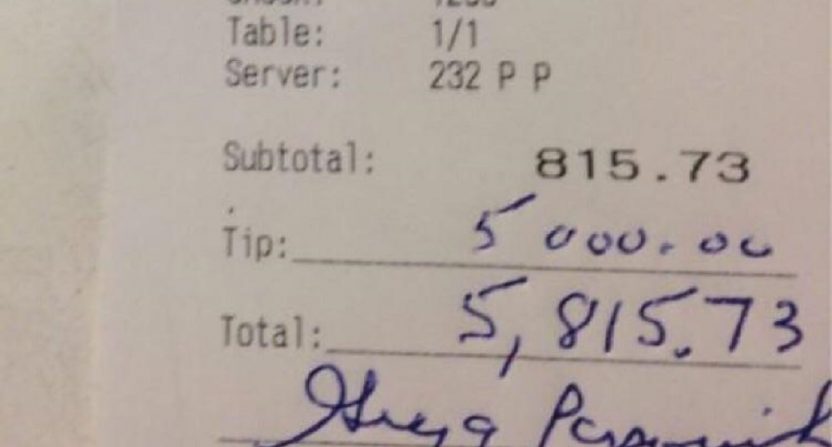 For most people, that answer would be no, but when you’re as cool as Gregg Popovich, the ceiling is unlimited. The latest round of Pop news comes to us via Reddit, where someone uploaded a receipt from Memphis eatery McEwen’s on Monroe. That establishment is described thusly:

So, prime Pop territory, obviously. The Spurs were in Memphis for their opening round series against the Grizzlies, which is currently tied 2-2. That didn’t stop Pop from having a good time, or from leaving an incredibly generous tip. (Nor should it have.)
Here’s the evidence:

That kind of a tip is so, so cool. (I’ve said cool a lot, but again, how else would you describe it?) If I were an incredibly wealthy person (mathematically not likely to happen, but hey, you never know!) this is the exact kind of thing I’d do. Why wouldn’t you? Service work is hard, for not much money. Knowing Popovich, it’s unlikely he’d be thrilled to see this story get out. He’s hardly one for self-promotion.
Which just makes it cooler.
Keep on being you, Pop.
[Reddit]