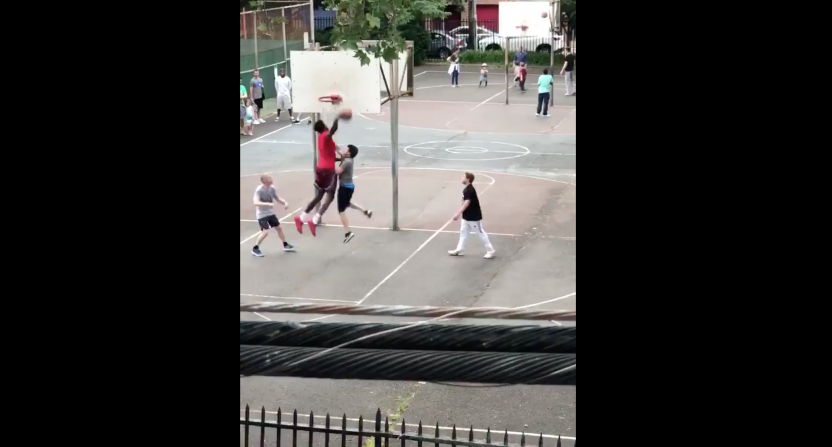 Joel Embiid has thus far been spending a good chunk of his offseason at a park in Philadelphia,  dunking over random dudes for kicks.

And while some of the videos to emerge from Embiid’s pickup dalliances have been kind of anticlimactic (with Embiid backing down some poor guy and dunking on him), NBC Sports writer Rob Dauster on Monday shared a 16-second clip of Embiid at the park that is incredible for so many reasons.

Before we get to the full breakdown, see for yourself.

Here’s video, courtesy @astrait25, of Joel Embiid bouncing a ball off a dude’s face and then windmilling on his head at a park at 9th and South in Philly. Phenomenal. pic.twitter.com/XS99pFhXat

There’s so much to like here that we feel compelled to dissect the action second by second. Here goes:

0:01 — Embiid dribbles on the perimeter, guarded by a guy who would be undersized on a middle school team. A teammate attempts to set a screen.

0:03 — Embiid continues to dribble casually, in much the same way as he does in those other videos, right before he backs his way to the basket in the least fun way possible. Come on Joel, show us something more.

0:04 — Embiid passes to a teammate in the post, as his man lunges for the steal. Good selfless play not exactly what we came to see.

0:05 — Hold on a second, is Embiid’s man doubling off of him? Is this dude really deciding to leave an NBA All-Star unguarded to double a scrawny kid wearing a sweatshirt and khaki shorts? For real?

0:06 — Embiid immediately calls for the ball back. Of course he does.

0:07 — Instead of passing to wide open NBA All-Star Joel Embiid, our man with the ball drives baseline through a double team. Not the greatest basketball IQ on this bunch. 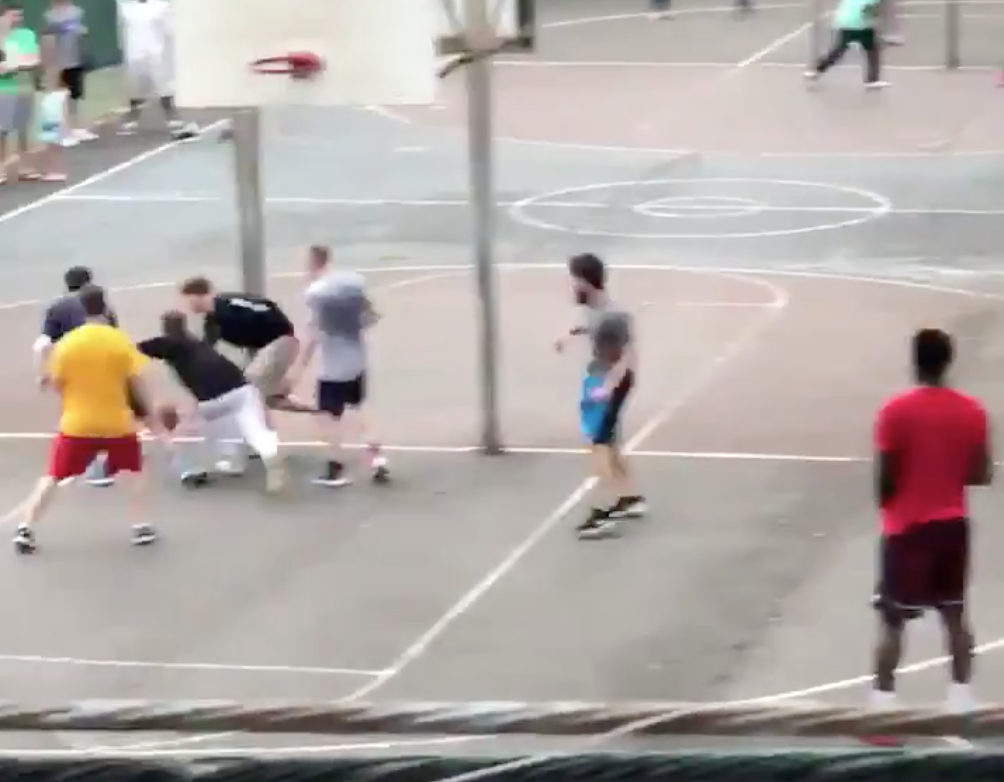 0:09 — Suddenly remembering he has one of the 15 best basketball players in the world on his team, khaki-shorts kid lofts the ball back toward Embiid.

0:10 — The pass is not intercepted because the defense at this park is as incompetent as the offense.

0:11 — Embiid lifts the ball with one hand in the type of fake that doesn’t do much good when the guy guarding you is 5-foot-7.

0:12 — Embiid’s man brushes the hair out of his face. That’s what we call foreshadowing.

0:14 — The defender’s momentary confusion allows Embiid to blow by. (Just kidding, Embiid was going to blow by regardless.)