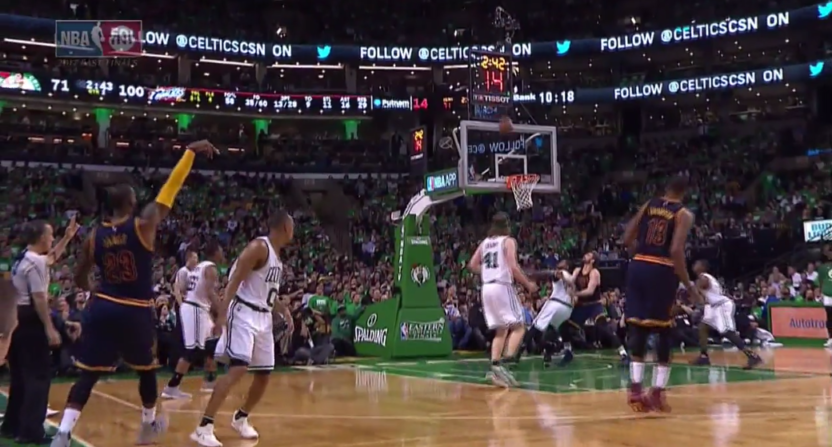 The Cleveland Cavaliers are throttling the Boston Celtics in Game 5 of the Eastern Conference Finals, and the win is going to send them to their third consecutive NBA Finals. The main reason Cleveland will be making their third straight Finals appearance is of course thanks to the brilliance of LeBron James, and the superstar reached a very special milestone on Thursday night.

Here’s LeBron draining a three to get the remarkable record:

LeBron needed 33 more playoff games than Jordan, but he also needed 120 fewer shot attempts to get the playoff scoring record.

And some more highlights of LeBron dominating the Celtics in Game 5:

LeBron entered the night needing 28 points for the record, and currently has 35 (on an incredibly efficient 13-of-17 shooting from the field).

It’s crazy to think this guy is still just 32.