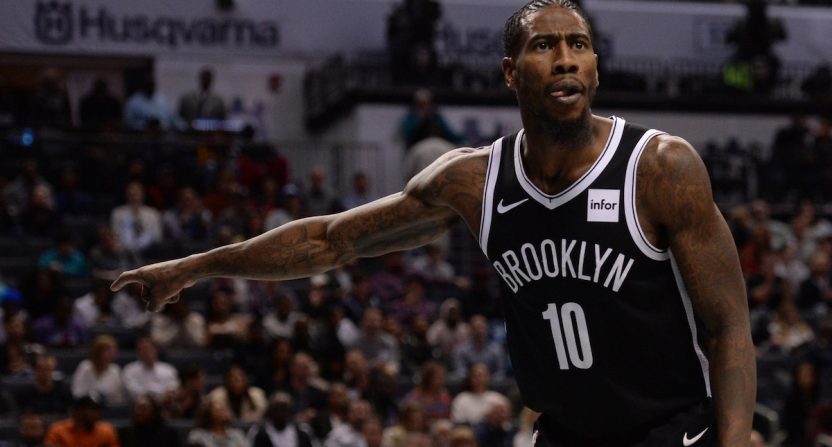 Veteran shooting guard Iman Shumpert last played in the NBA in the 2020-21 season with the Brooklyn Nets, but it now appears that he has much more to worry about than just reviving his basketball career.

It has been reported that the former NBA Champion was arrested last weekend at the Dallas/Fort Worth International Airport for allegedly carrying 6.12 ounces of marijuana while attempting to fly to Los Angeles over the weekend.

While marijuana is legal in California where he was attempting to go, it is not in Texas and comes with severe consequences for the amount that Shumpert had on him.

He could face up to two years in prison and a $10,000 fine if convicted, as the charge against him is classified as a “State Jail Felony” in Texas.

Shumpert has played ten years in the NBA across five different NBA teams but is best known for his role in helping the Cleveland Cavaliers win their first championship in team history in 2016.

Many are taking to social media to express their support for Shumpert in the hopes that he is able to escape this incident without time in prison.

We want Brittney home because most of agree that she shouldn’t be in there.

Free Shump! @imanshumpert. I’m such a fan of how he thinks and talks and how he played. It’s just a little weed. Free Shump!

i get wanting to bring ur own to texas but texas is not cali 😭 its really not a try me state https://t.co/rHdGfyXFU1

Iman Shumpert allegedly had a lot more weed on him today than the small amount of cannabis oil Brittney Griner is accused of carrying in Russia, but his arrest is a reminder that the U.S. still needs to reform our outdated marijuana laws. https://t.co/MopAp0rVdZ

This is an extremely unfortunate situation regarding Shumpert, who was once an extremely promising player in the NBA, and is now both out of the league and facing serious prison time if he can’t find his way out of this charge that he is currently facing.