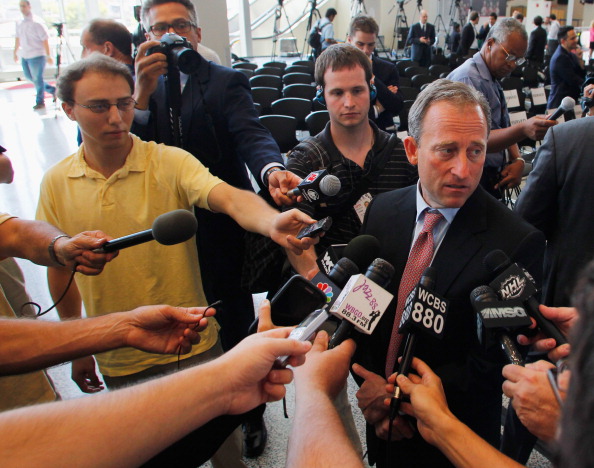 Joshua Harris, the owner of the Philadelphia 76ers, has no idea what he’s doing.

Harris was part of a group of businessmen who purchased the Sixers on the NBA-equivalent of a short sale in 2011—planned perfectly to coincide with lockout—and have found a way, somewhat inexplicably, to take a moribund NBA franchise and make it worse, all in the name of the Process.

Is Jerry Colangelo, the man at the helm of USA Basketball, the man who can change the Sixers’ fate, or is he just another name, another hire, of a failed ownership experiment? He is a great hire for the Sixers. It’s amazing he was even willing to take the phone call, let alone agree to run the team. But to think this is some kind of signal that Harris finally gets it—that he’s learned on the job how to be a successful NBA owner—is foolhardy.

Hall of Famer Jerry Colangelo joins the 76ers as Chairman of Basketball Operations.

It didn’t take long for reports to surface that other NBA owners implored the league to get involved in fixing the Sixers, and that Adam Silver, himself, helped facilitate Colangelo’s hiring.

Let’s not forget when Harris took over as owner of the Sixers, he and then face of the team Adam Aron held a press conference at the Wells Fargo Center standing on the stage like conquering heroes, coming back to Philadelphia—they were both Penn grads and Aron, who turned out to be a marketing and public relations disaster for the team, is a local guy—to fix the basketball team once and for all.

The Sixers were going nowhere, mired in a perpetual fight for 8th place in the weak Eastern Conference. Harris and company fired general manager Ed Stefanski and replaced him with Tony DiLeo, also known as the only man who would take the job at the time. It was Doug Collins’ team, and Harris and Aron and DiLeo let Collins run the ship aground before quitting to go back to television.

In that introductory presser, Harris talked all about how he’s a business man and in his line of work analytics are vital, so he wanted to bring that grind-down-the-numbers philosophy to the basketball team, and there was no better person than Hinkie to get grinding.

Yet on Monday, less than four years after hiring Hinkie to fix the Sixers, the Process has grinded to a halt.

Harris got tired of planning for the future, of trusting that Hinkie could build a winner by cashing in his scratch and win tickets for more chances at the jackpot, of hearing his team become the laughing stock of the entire sports world, let alone the NBA.

We’ve all heard the rumors for the last three years, that no players want to get drafted by the Sixers and no free agents want to sign in Philly, not only because the team can’t win, but because they have no interest in entertaining the, ahem, process of trying to win. Hinkie has been notoriously hard for agents to work with, offering four-year, non-guaranteed deals to players they would be nuts to take. No one was sure if that part of the plan would change once the Sixers got their franchise guy in the draft, but we trusted the Process, because we had no reason no to.

Monday, Harris gave us a reason not to.

not a good sign when the owner and his new buddy are courtside and you're a billion miles away w/ the injured dude. pic.twitter.com/H5PGCVoRK2

The year before Harris took over the team, the Sixers were a boring, pedestrian 41-win team. In the last three seasons—185 regular season games and counting—the Sixers have won 38.

Hinkie and Harris sold fans on the Process—full disclosure, I absolutely bought in, even after the disastrous drafting of the injured Kanas star Joel Embiid, who is as likely to never play in the NBA as he is to make even one All-Star Game at this point—and now with the hiring of Colangelo, Harris is telling us the team is going in a different direction yet again.

This is what bad owners do. Harris is a bad owner.

Jerry Colangelo: "I'm very happy to be here…Through experiences I have, I think there's something I can offer that will be very helpful."

Harris will sell us that he hired Colangelo, because it’s the right basketball move, and it is, but that’s not why he made it. Harris hired Colangelo because that’s what bad owners do.

Bad owners try to correct mistakes by hiring the biggest name they can find. Daniel Snyder nearly perfected the move in Washington, and it would have worked, had his team won anything since he’s owned them.

Harris brought in the one man with the most clout in the NBA universe. Colangelo is a great hire. He can work with the agents, break Hinkie’s edict of saddling players with awful contracts and rejuvenate the fan base looking for some way to justify buying in on the Process for as long as we have.

Word is that Hinkie will still make the final decisions, but Colangelo will be involved in, gulp, that decision-making process. Smart NBA minds see this as a test for Hinkie to shift his philosophy on building a team or be shipped out, potentially replaced by Colangelo’s son, Brian.

Some think that Hinkie might be out at the end of the year no matter what—it’s not like the Sixers, who lost 119-68 at home to the Spurs without Tim Duncan, Manu Ginobili or Kawhi Leonard—are going to suddenly turn it around this year in time to save Hinkie’s job.

Big get for the Sixera to get Colangelo. Harris says he still has confidence in Hinkie

No, the Process, as we were told, was going to take a while. Harris hired a man that convinced most Sixers fans to be patient, something that isn’t all that easy to do in Philadelphia. Most of us bought in, even with a 1-20 record this season. There’s potential. There’s hope. Jahlil Okafor looks like the real deal. Nerlens Noel is a fantastic young player. Joel Embiid might at some point be healthy. Dario Šarić is coming next year and Tony Wroten can play a little when he’s healthy and Robert Covington is someone who also plays for the team that people think might know how to play basketball and, hell, I convinced myself that Nik Stauskas was the shooter the team needed to start contending, all in the name of the Process. 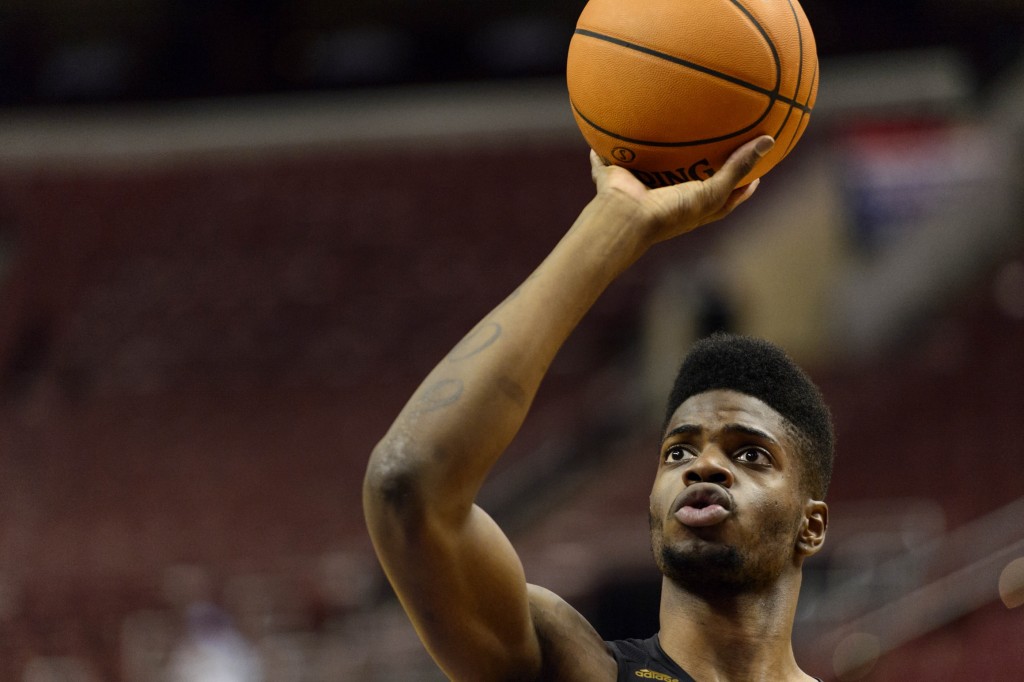 The Sixers have a bucketful of draft picks the next few years, and are in line to finally get the first pick, which probably means Ben Simmons, a Process-justifying talent coming out of college if there ever was one.

We were fine being patient, putting up with the jokes, slogging through another losing season. It’s Harris who grew impatient.

It’s Harris who couldn’t take the struggles, the empty arena unless Kobe or LeBron or Steph was in town.

It’s Harris who stopped the Process. Hopefully this reboot, his fourth since taking ownership of the team, will work.

Only none of that has worked, and the team is worse than it has ever been. That’s because Harris has no idea what he’s doing. And that won’t change, Process or not.