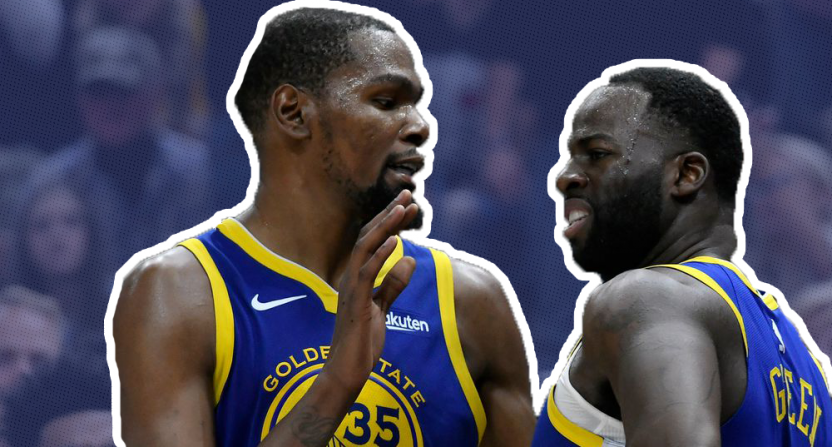 In the last half-decade, the Golden State Warriors have dominated the NBA. In the past four seasons, the Warriors have made the Finals every season, won three titles, and finished with the best record in NBA history, all while Steph Curry, Kevin Durant, Klay Thompson, and Draymond Green have blown out teams consistently throughout the regular season and playoffs. Besides LeBron taking down Golden State in 2015-16, the team has been borderline unbeatable. Yet, something seems off this season.

As we approach the halfway point of the 2018-19 season, Golden State has looked surprisingly vulnerable. The Warriors sit second in the Western Conference with 25 wins and 13 losses. Overall, they’ve got the fifth-best record in the NBA. For any other team, those benchmarks would be great. For Golden State, it’s fairly shocking. This might be the most beatable Steve Kerr-coached Golden State Warriors team, and here’s why.

Part of the Warriors’ struggles comes down to a league catching up with their fast-paced, high-scoring offense. After leading the league in team scoring for three straight seasons, the Warriors sit tied for third in the NBA with the Clippers. Only six teams managed 110+ points per game last season. Currently, 18 teams have reached that mark. Meanwhile, teams like the Toronto Raptors, Milwaukee Bucks, Denver Nuggets and Oklahoma City Thunder have gotten better and pose a big as a threat as ever. Golden State still looks like the best team on paper, but for once, that’s up for debate.

Obviously, the Warriors’ struggles can be at least partly chalked up to injuries to key players. Curry’s missed 11 games and Green’s missed 14. DeMarcus Cousins hasn’t even suited up yet. It’s hard to be consistently great without your best players in the lineup. Kevin Durant has done an impressive job carrying on no matter who’s been hurt, but a fully healthy squad would help tremendously.

General manager Bob Myers has been sneaky good at bringing in depth players on tiny, short flier contracts to play small but important roles in the Warriors rotation. However, this offseason saw Nick Young, David West, Omri Casspi, Zaza Pachulia and JaVale McGee leave. With Cousins still sitting due to injury, Patrick McCaw never signing a contract and bolting for Cleveland and a bunch of younger players getting regular minutes, the Golden State bench has been mediocre.

Not that the Warriors need or even expect a ton out of their bench, but dipping from 23rd (31.3 PPG) to 28th (29.8 PPG) in bench scoring from 2017-18 to 2018-19 and cutting the team’s bench plus-minus from 7.2 to 2.6 hurts. Behind forward Jonas Jerebko and guard Quinn Cook, there’s little to no secondary scoring from non-starters. Down the middle, Kevon Looney and Damian Jones have started at center but show neither player can provide the consistency that Pachulia and McGee brought. Cousins can’t come back soon enough.

The most unexpected issue which has made the Warriors look beatable is the drama and outside noise.

Green was suspended for confronting Durant after a November OT loss to the Clippers. Green reportedly called his teammate a ‘bitch’ and was suspended for conduct “detrimental to the team.” With Durant’s looming free agency, clearly, there’s a ton of tension on what he’ll do this summer. That tension has spilled over on the court. Green is having the worst shooting season of his career. Same with Thompson. The team just doesn’t look like they’re having as much fun. It’s a bit of a bummer.

With all that said, the Warriors are still the Warriors. Their starting lineup is a legitimate All-Star team, especially when Cousins makes his debut. The team’s in a funk (by their standards) but this might not hold them back in the long-run. Once fully healthy, they’re going to be a tough out in the playoffs. However, Golden State looks as beatable as they ever have recently, and they’re still championship favorites. They might have taken a small step backward in 2018-19, but they still seem ahead of the rest of the league.