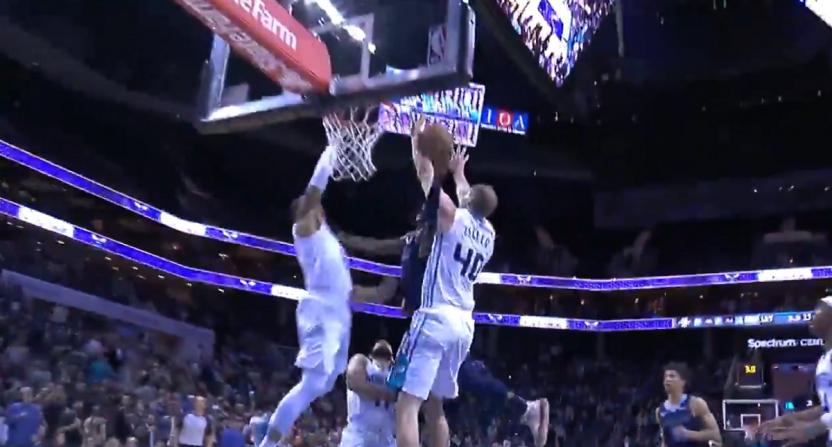 Memphis guard Ja Morant is almost certainly the frontrunner for NBA Rookie of the Year, especially considering Zion Williamson’s injury. Morant, the #2 overall pick, has been outstanding to start his career, averaging nearly 18 points and five assists per game while shooting almost 44% from behind the arc.

In other words, he’s already the kind of player you want with the ball in his hands and the game on the line, and that’s exactly the situation we got tonight in Charlotte. In overtime, late clock, Morant went to work on Cody Martin, breaking him down and getting to the rim before, well, doing this:

Morant deserves plenty of credit for not settling there; a lot of players would have. Instead he drove the lane and forced the issue, although the play demonstrated the risk of that strategy, too, with Morant drawing enough contact to earn a foul in just about any other game situation. He didn’t get that call here, but Morant still finished through that contact and won the game.

It’s obviously still early, but Memphis has to be thrilled with their outlook.