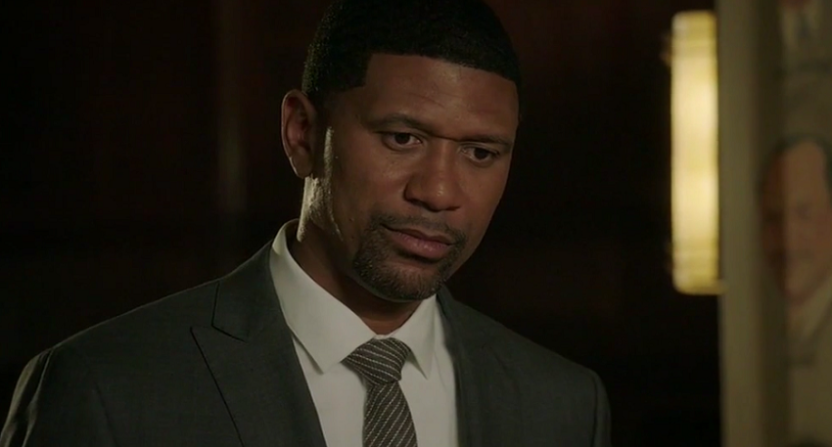 Jalen Rose’s sitcom for ABC, Jalen vs. Everybody, wasn’t picked up for a full season order by the network. But a pilot was filmed, and at least one clip has made its way onto the internet.

[UPDATE: The pilot will be shown in its entirety on ESPN Tuesday at 7:30 p.m. Eastern.]

It’s entirely possible that this clip featuring Rose and Kobe Bryant might have been the only truly funny scene in the pilot. But if not, the video indicates that Jalen vs. Everybody may have had some potential.

In the following scene from the pilot, Rose bumps into Bryant at a Los Angeles restaurant and there’s apparently still some underlying tension between the two former on-court rivals. Or at the very least, there’s one thing that Rose will never get over when it comes to facing Bryant, and the Black Mamba knows it all too well. Take a look:

The pilot for Jalen vs. Everybody had some impressive creative power behind it, written by Nahnatchka Khan, creator of ABC’s Fresh Off the Boat. Khan also happens to be the sister of Rose’s agent, Nick, who represents several prominent personalities in sports media, including Rose’s NBA Countdown colleague, Michelle Beadle.

Rose has already demonstrated on several occasions how sensitive he is about giving up 81 points to Bryant on Jan. 23, 2006 while playing for the Toronto Raptors. He probably heard plenty about it when the 10-year anniversary of Bryant’s scoring surge was reached this year. That’s surely a lowlight of his career which he’d prefer most people to forget, though he’s shared some thoughts on that game.

But it appears that Rose has now reached the point where he can joke about it, which is an important stage of recovery and development as an adult. Either that, or Rose is still kind of pissed about it and wasn’t really acting when Bryant brought it up in that scene. Hey, whatever the case was, it made for some good awkward comedy. Rose comes off looking like a pretty good sport, though. We’ll just have to lament the sitcom that could have been.