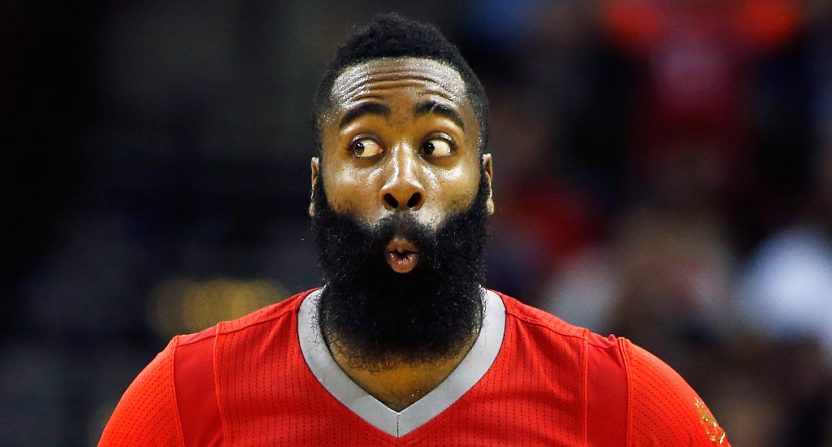 James Harden has scored 151 points in November, and that’s in only four games (good for a 37.75-point average).

The Houston Rockets’ guard followed up his insane 56-point performance with another dazzling effort on Thursday. Harden had 35 points, 13 assists, 11 rebounds, and five steals in the Rockets’ 117-113 win over the reeling Cavaliers.

Harden has led the Rockets to a 9-3 record, which has them tied with the Warriors for the No. 1 seed in the Western Conference (Yes, it’s early, but great start for Houston).