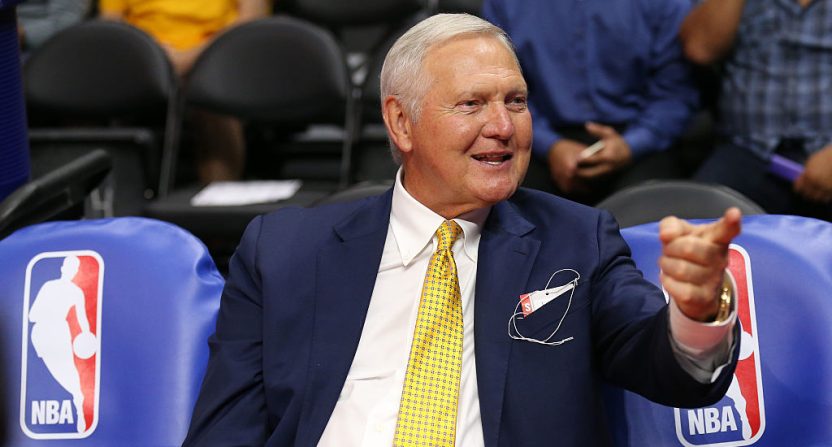 JJ Redick has rather seamlessly made the transition from the NBA to media superstar. Most people seem to love Redick’s willingness to challenge other pundits on air and for providing a different narrative and take on a certain story.

During an episode of First Take, he and Chris “Mad Dog” Russo were engaged in a wild debate on all-time point guards when Redick downplayed Celtics legend Bob Cousy and those he played with and against in that era once Russo brought him up, calling players playing in the 50s and 60s “plumbers and firemen.”

In an interview on SiriusXM, the logo himself Jerry West was asked about Redick’s comments and he didn’t take those comments well, asking what mark did he make in the league when playing.

“[JJ’s] a very smart kid and everything but tell me what his career looks like,” West said. “What did he do that determined games? He averaged 12 points a game in the league. Somewhere along the way numbers count…JJ certainly wasn’t going to guard the elite players. So you can nitpick anyone. The only reason I’m talking about him is because he was not an elite player, but he was a very good player, but he had the place on the team because of the ability to shoot the ball.”

"He's a smart kid but tell me what his career looks like. What did he do that determined games? He averaged 12 PTS a game. Somewhere along the way numbers count."

Redick’s argument against Russo praising Cousy as an all-time great was that he couldn’t dribble with his left hand and wondered if he ever shot over 40% from the field.

To that point, West says Redick needs to thank players like he and Cousy for helping create the cozy environment players play in today, with chartered jets to games and having the financial freedom to work on your game year-round with no need to get a second job. In fact, Cousy was very instrumental in earning a lot of players’ freedoms as the first president of the National Basketball Players Association.

“We didn’t have the facilities to get better,” West said. “We had to work in the summer to support our family. But JJ should be very thankful that he’s made as much money he’s made.”

Back when Redick initially made his comments, the 93-year-old Cousy responded in a similar fashion to West, saying that less talented people usually use the names of others to garner attention for themselves.

“People with less talent will always try to make a name for themselves by criticizing other people and hopefully getting some attention and perhaps increasing their credibility,” Cousy said. “We must have had the best firemen and plumbers on the planet at the time. And I was very proud to play with all of them.”

It will be interesting to see if Redick has a response to West.