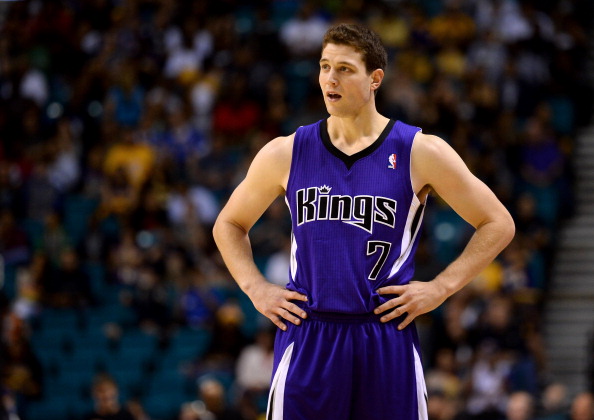 After failing to produce in the NBA over his first four seasons in the league, Jimmer Fredette seems to have found his calling: D-League stud.

Fredette, who’s fourth in the developmental league in scoring while playing for the Westchester Knicks, won MVP honors at the league’s All-Star game Saturday, dropping 35 points on 13-19 shooting, plus eight assists and six rebounds.

Jimmer made six three-pointers in the game, but just as impressive were his nifty passes and drives into the lane. And you’ve got to love seeing him pull up from deep just like during his legendary BYU days.

Jimmer’s play in the D-League could earn him another crack at the NBA some day, though several years of evidence suggest that won’t go well. After being drafted 10th overall by the Sacramento Kings in 2011, Fredette averaged 7.6 points per game as a rookie and saw the total drop each subsequent year. He spent last season with the New Orleans Pelicans, shooting only 38 percent for the season. He was invited to training camp with the Spurs, released, signed back to New Orleans and then released in November after playing in four games.

Now he’s with the Knicks’ D-League affiliate, putting on a show and giving fans at Westchester games a familiar name to root for. He scored 37 points in his D-League debut and has been putting up points in bunches ever since.

There’s not a lot of reason to watch the D-League, but Jimmer is definitely one of them.