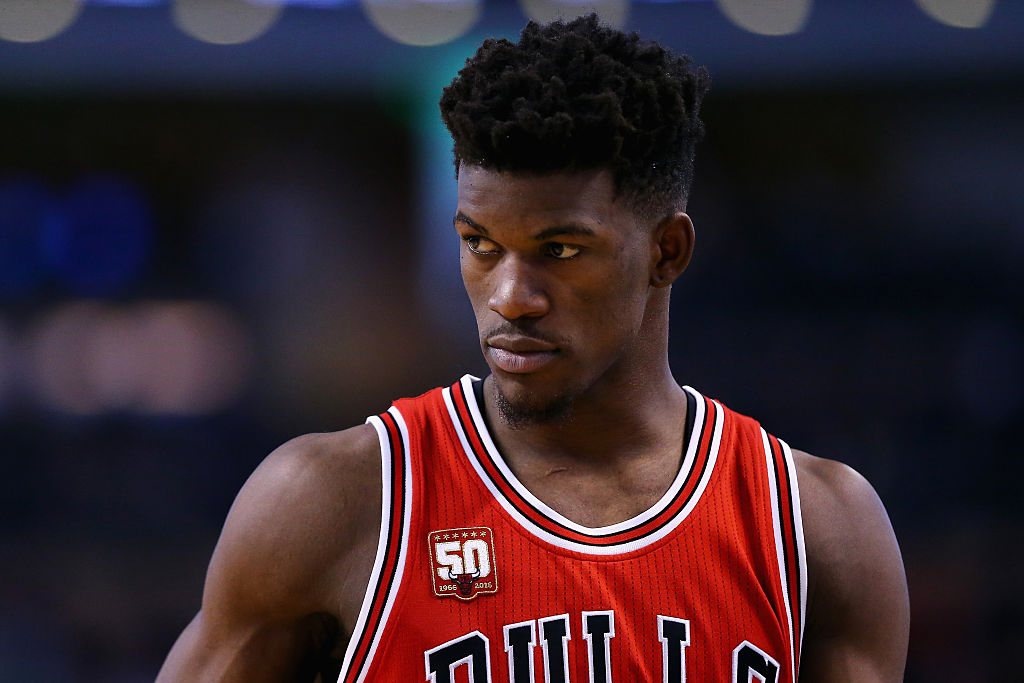 There has been evident tension between Bulls star Jimmy Butler and his new coach Fred Hoiberg recently. Butler couldn’t ignore the “elephant in the room” after he told the media post the Bulls 16 point loss to the Knicks on Friday that Hoiberg needed to be more vocal and call out players when they aren’t performing.

So Sunday, the two men addressed the “elephant in the room” with a private meeting, and seemed to have cleared the air.

“I had a great talk with Jimmy yesterday,” Hoiberg said to Vincent Goodwill of CSN-Chicago. “We met for over an hour in my office and talked a lot of things out and I think came out in a better place. Sometimes, in a situation like what happened, you can become a better team and a better leader.” He admits that he can make some changes to his coaching style as he’s still relatively green to his new NBA job.

“Are there some things I need to demand probably a little bit more? Sure. But it’s something where I thought we made a lot of progress as a team. It’s getting back to those things we demanded leading into that win streak.”

Butler’s comments came after the Bulls 4OT loss to the Pistons on Thursday and then a laggard showing at MSG against the Knicks. “From the No. 1 player all the way down to however many guys we got. You got to hold everybody accountable; everybody has to do their job. You win your matchup, you do your job, we win the game,” Butler said postgame on Friday night. His tone didn’t change drastically after Monday’s shootaround.

“Fred did majority of talking when we were in the film room earlier. But I think when I walked in this building, everybody knew what was going on. I explained my opinion and what I’m gonna do to change things here. Everybody accepted what I had to say.” Butler admits he has to grow as a leader after signing a max contract in the summer, and is still getting used to Hoiberg’s offensive style.

“Winning takes care of everything. If we win, that’s good, it needed to happen. If we lose, uh-oh, you know what I mean?” Butler said.

The Bulls are 15-10, currently fourth in the Eastern Conference, behind both Cleveland and Indiana in the Central Division.