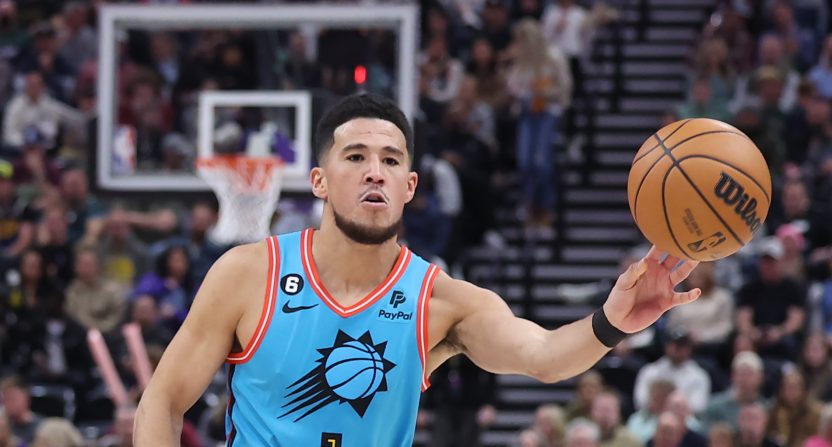 Sorry to be the bearers of bad news but it looks like Phoenix Suns star Devin Booker and Kendall Jenner have ended their relationship.

TMZ reported that the celebrity couple, which first went public together on Valentine’s Day 2021, split up last month. The reported reason for their split is over the fact that they both have very busy schedules that don’t leave very much time for love. While the two did break up for a time in there, they’ve essentially been together for over two years and appeared to be very much infatuated with one another much of that time.

Alas, with Booker’s NBA career taking off and Jenner’s many, many duties and roles piling up, it sounds as if they simply didn’t have the time or energy to dedicate themselves to the relationship.

“Both have incredibly busy schedules right now with their careers and they’ve decided to make that a priority,” a source told People.

As with all things in the world of Jenner and her family, the news of the breakup coincides with the return of a TV show. Season 2 of The Kardashians is currently airing Thursdays on Hulu.

The news that Kendall and Devin have officially called it quits certainly got a lot of people talking around the sports world, given Booker’s status as one of the NBA’s brightest young stars. Many fans seem to think that this will mean good news for a very motivated Devin on the court.

NEVER say that this man isn't committed to pursuing that ring. Whatever it takes ✊ https://t.co/6bxTtdjwYG