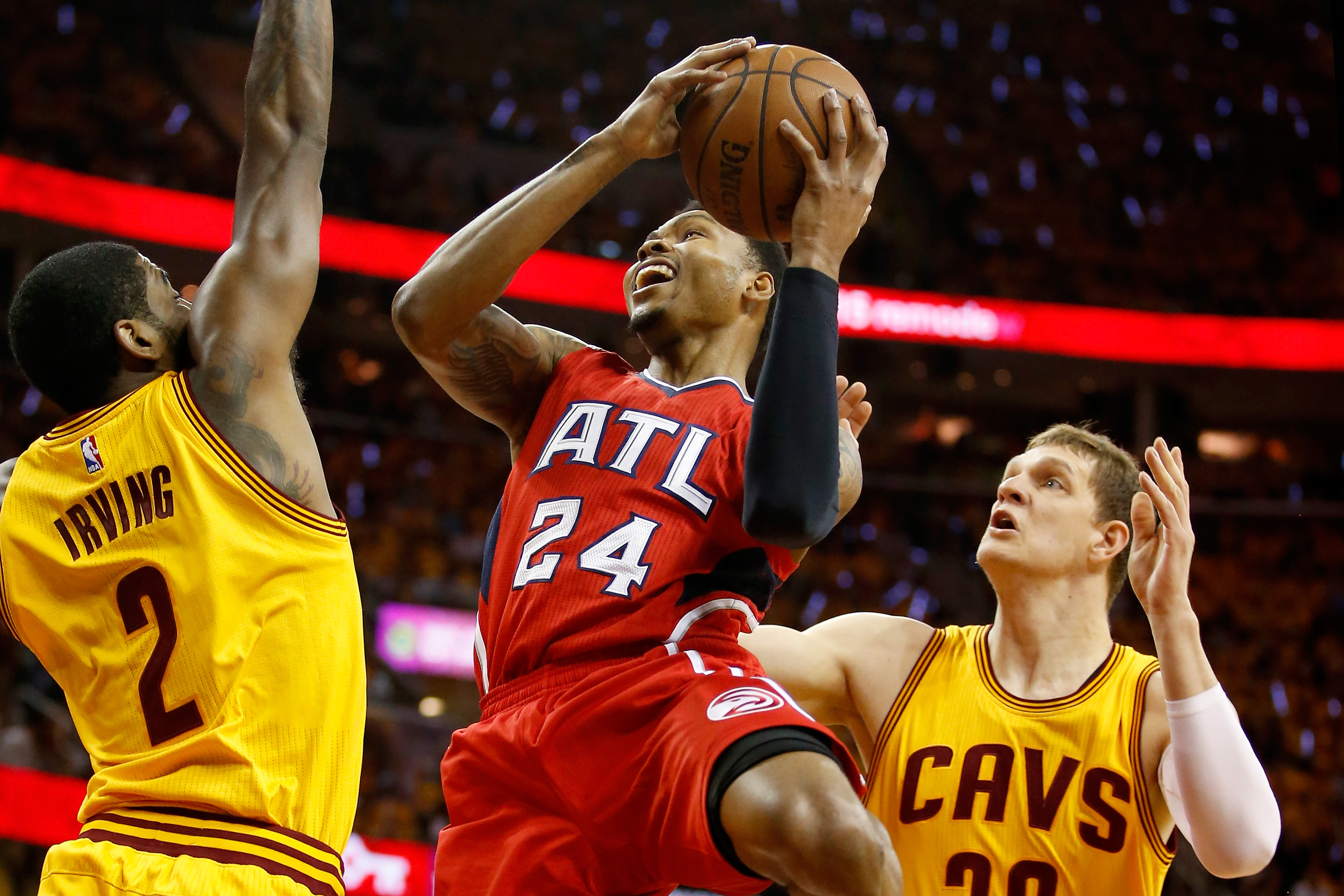 Kent Bazemore is a solid NBA player, an 11.6 point-per-game scorer for the Atlanta Hawks in 2015-16 known for his defense. But it’s likely the 26-year-old wing will never affect the basketball world more than he did a little-used undrafted rookie with the Golden State Warriors back in 2012-13.

That’s when he talked his way into a shoe deal with Under Armour and began pitching his teammate, a guy named Steph Curry, about the merits of the brand. The entire story of how Curry ended up the face of Under Armour was told beautifully in an Ethan Sherwood Strauss feature for ESPN, but on Thursday, Bazemore shared his version of events with ESPN’s Dan Le Batard.

“I was just being a young, undrafted kid, and Under Armour gave me a product deal as an undrafted rookie. So I kind of owed it to them to represent because they went out on a limb and gave some guy who’s only playing four minutes a night these kind of shoes. And I would come into the gym everyday with new stuff. I didn’t wash clothes for like two months – I was just ripping bags open, putting on new stuff.

“He saw that, and there he is on the brink of being an All-Star – he gets two or three shoes a week or something like that.

“I’m like, ‘Dude, you can get your own shoe at Under Armour.’ And I hadn’t talked to anyone over at Under Armour. They came through and he’s definitely done so much for the brand.”

So many aspects of this story are incredible. First of all, now that Under Armour has deals with Curry, Cam Newton, Bryce Harper and Jordan Spieth, it’s difficult to even remember a time when the company was desperate enough to throw memorabilia at an anonymous bench player. Then there’s the fact that Bazemore turned into the most successful Under Armour pitchman of all time, despite not even being asked. Talk about believing in the product you endorse.

Anyway, after that all it took was a terrible PowerPoint presentation and an ill-fated embrace of Kyrie Irving and Curry was an Under Armour man. As for Bazemore, he’ll probably be getting free shoes for life.