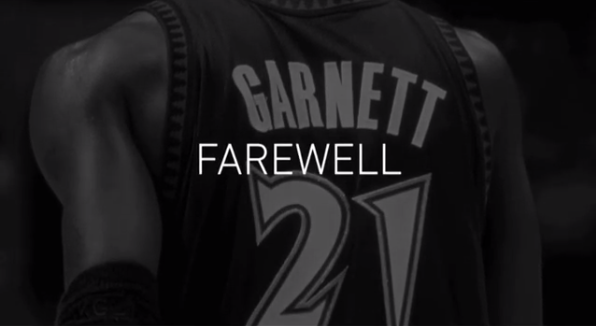 Earlier today, it was reported that Kevin Garnett would not return to the Minnesota Timberwolves, and that a retirement announcement was likely. Well, just a few hours later, KG has indeed announced his retirement from the NBA, and did so in an emotional video posted on his Instagram account. The video finishes with the words “Farewell”, followed by “Thank you for the journey”.

Garnett entered the league as a 19-year-old — at the time the youngest player in NBA history — out of Farragut Academy (High School) in Chicago. He will leave as a 40-year-old that played 21 seasons in the NBA, was selected to 15 All-Star Games, won the MVP award in 2004, won the All-Star Game MVP in 2003, won the Defensive Player of the Year award in 2008, won four rebounding titles, set the Timberwolves’ all-time scoring record, and won a championship with the Boston Celtics in 2008.

Those remarkable accomplishments make KG a lock to end up in The Naismith Memorial Basketball Hall of Fame.