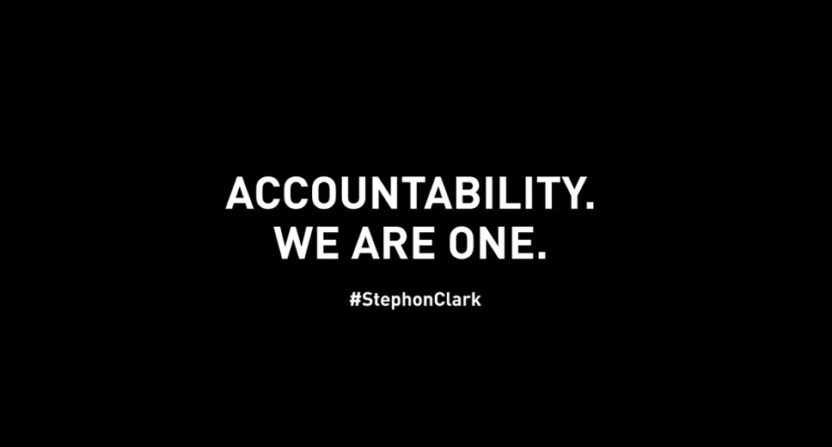 On Thursday, the Sacramento Kings’ home game against the Atlanta Hawks was delayed and then eventually played in front of a small crowd thanks to protests over Sacramento police fatally shooting unarmed 22-year-old Stephon Clark 20 times last Sunday. That shooting wasn’t directly related to the franchise, but Kings’ owner Vivek Ranadivé gave a remarkable speech after that game, saying the team expressed their sympathy, felt the loss and pain in their community, and was “going to work really hard to prevent this kind of tragedy from happening again.” And on Sunday, we saw some of the first fruits of that, with the Kings teaming up with their opponent, the Boston Celtics, for a public service announcement (aired on the broadcast during the first quarter) that featured players from both sides talking about Clark’s death and the need for police accountability:

The Kings and Celtics collaborated on a #StephonClark PSA. Accountability. pic.twitter.com/EjuVZHbn9T

This feels particularly notable not just because of the participation from both teams, but also because of the specificity of the message, especially the “Say his name. Stephon Clark. We must unite. ” part at the end, and the “Accountability. We Are One.” message on the final shot. This isn’t general commentary, but a specific discussion of a specific tragedy that’s affected the Sacramento community. And the Kings also wore warmup shirts with “Accountability. We Are One.” on one side and #StephonClark on the other side.

As local radio host Carmichael Dave noted, this is a significant move from the franchise, especially given that it’s drawn some of the expected opposition from people going after Clark and claiming he was a “career criminal” and “initiated this whole mess”:

What makes what the Kings did so gutsy, regardless of your beliefs, is that there some fans that don’t exactly feel the same way. pic.twitter.com/D7N8ch05l1

The Kings’ move here is pretty remarkable. It would have been easy for the organization to bash protesters for disrupting their game Thursday, or to just let Ranadivé’s speech Thursday be their main comment for now and say “We’re working on something.” And even with them coming up with shirts and this PSA, it would have been easy for them to put out a less bold, less stance-taking message, which might have produced less backlash.

But the team is clearly committed to turning Ranadivé’s words into action and taking a stand on this issue. And it’s interesting that they managed to get the Celtics to join them for this PSA, and that it included the particular lines of “We will not stick to sports. We will not shut up and dribble.” There will undoubtedly be critics who use those arguments against the team’s efforts here, but they’ve already anticipated that. And they’ve made it clear they won’t be silent.