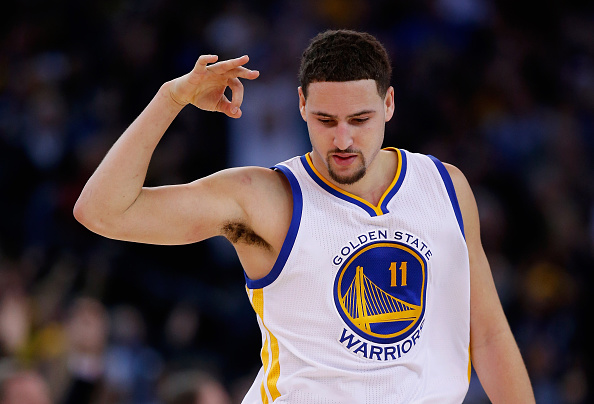 There was a time, not very long ago, that doubting the Golden State Warriors would have made you look like a fool. The franchise, led by Steph Curry, Klay Thompson, Draymond Green, and, for a time, Kevin Durant, went to five-consecutive NBA Finals, winning three championships and dominating the regular season in a way we hadn’t seen since the days of Jordan’s Chicago Bulls.

Then, things changed. Injuries, roster moves, and other factors caught up with the Warriors and they fell back into the pack, clearing the way for other NBA teams to make runs of their own.

However, that brief era might be over. So far this season, the Warriors are 11-2, the best record in the NBA, and routinely crush their opponents in ways that leave their supporters feeling deflated and worried that the juggernaut is back.

That doesn’t mean Golden State doesn’t still have detractors, however. Some folks, including Stephen A. Smith, are quick to point to their schedule, which has been on the easier side so far this season. The presumption is that while they are winning, they haven’t truly been tested yet.

"They've had the eighth easiest schedule so far. … They have no signature wins other than opening night against the Lakers!" pic.twitter.com/QOIhrW1SQd

Klay Thompson has been watching all of this from the sidelines as he recovers from a torn ACL in his left knee that caused him to miss all of the 2019-20 NBA season. The five-time All-Star is likely to return soon, which will make the team even more fearsome, which is saying something. And Thompson, who spoke to Sports Illustrated’s Howard Beck, wants everyone to know that he’s aware of your concerns and is not sure you know what you’re talking about.

“I love it,” said Thompson defiantly. “I hope people keep doubting us. Saw someone on TV the other day talking about, ‘The Warriors aren’t contenders because they’ve had a soft schedule.’ Buddy, we got the MVP, a defensive player of the year. That kind of disrespect bothers me.

“We have so many champions, guys who have done it in the highest pressure moments, and you’re still gonna question our ability?” Thompson added. “I love it. But whatever. That’s what talking heads are paid to do.”

As the season rolls on, if the Warriors can maintain their high-scoring, soul-crushing play, it’s hard to imagine too many people will continue underestimating them. However, if they do, we know that Thompson will be there to point it out if and when they’re wrong.