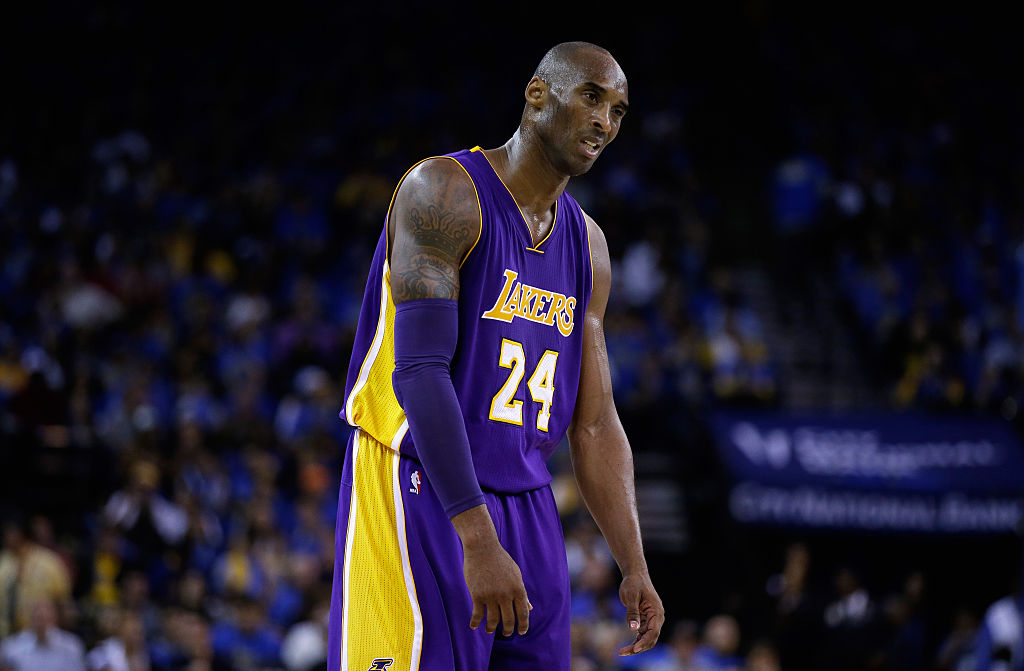 Kobe Bryant’s retirement announcement has left basketball aficionados discussing and debating his place in the pantheon of the greatest players of all-time.  And after 5 NBA titles, 2 Finals MVPs, and 1 regular season MVP, there’s no denying Kobe’s place on that very short list.

However, and no offense intended with this Kevin Durant, there’s also no denying that 37 year old Kobe Bryant, who has fought his way back from multiple serious injuries, is not a good NBA player.  In fact, Kobe Bryant is on pace for the worst shooting season in modern NBA history.

Not only did the Lakers face the public shame of being the first team to lose to the Philadelphia 76ers on Tuesday night, they did so behind another poor shooting effort from Bryant. Kobe made his first 3 shots within the first 76 seconds… then went 4-23 the rest of the game.

Kobe’s atrocious shooting night in his hometown was symbolic of what might be a season that goes down in the record books in Bryant’s NBA swan song… and for all the wrong reasons.

Through 14 games played this season, Bryant is shooting 30.1% (74-246) from the floor, dead last in the NBA among the 119 qualified players.  That’s almost a full 15 percentage points lower than his career average of 45%.  This year’s total includes a cringe-inducing 20.8% (22-106) from behind the three-point line.  To put that number in perspective, Bryant has missed more three pointers (84) than all but 29 players in the Association have even attempted this season.

Gee, I wonder what gave Kobe the idea Father Time had caught up to him… https://t.co/R7fOeBxyDs

Historically speaking, Kobe’s auspicious start is even more grim.  According to the Basketball Reference database, Bryant is on pace for the worst shooting percentage among qualified players since the 1960-61 season.  That year Woody Sauldsberry shot 29.9% from the floor for the St. Louis Hawks.  No other NBA players (among those who qualified) since the advent of the shot clock in 1954 have shot below 31% from the field over the course of a year.

#LT it only gets worse… https://t.co/LqUMupNHQq

What’s even more mind-boggling is that Bryant actually has some company for players not being able to throw a pebble in the ocean this season.  Denver Nuggets rookie Emmanuel Mudiay, who was 8 months old when Bryant made his NBA debut in 1996, is shooting 32.1% from the floor… which would also be the worst shooting performance since Sauldsberry’s dubious ’60-’61 campaign.

The previous low for marksmanship this millennium was Charlotte’s Kemba Walker in the 2011-2012 season in which he had an overall shooting percentage of 36.6%.  Last year Trey Burke of the Jazz was in the cellar at 36.8%.  Kobe (and Mudiay in all fairness) are on pace to smash that.

The way the Lakers’ season is going, it’s going to take a mid-sized miracle for Bryant to turn these numbers around.  Over the last 6 games, Kobe is shooting just 26% from the field as he channels his inner Roy “Tin Cup” McAvoy and keeps firing as many shots as is humanly possible.  His 26 field goal attempts at Philadelphia was a season high.

With the retirement tour in full effect, it’s hard to fathom this Lakers season devolving into anything but watching a sad string of airballs and clankers from one of the all-time greats.  Given all that Bryant has contributed to basketball over the years and how great he has been as one of the defining players of our generation, it’s tough to watch.  Much like watching Willie Mays struggle in a Mets uniform or Tiger Woods’ chipping yips, it’s a rather inglorious final chapter for one of the all-time greats.  So instead of remembering the 2015-2016 version of Kobe losing to the Sixers, let’s choose to remember this version…