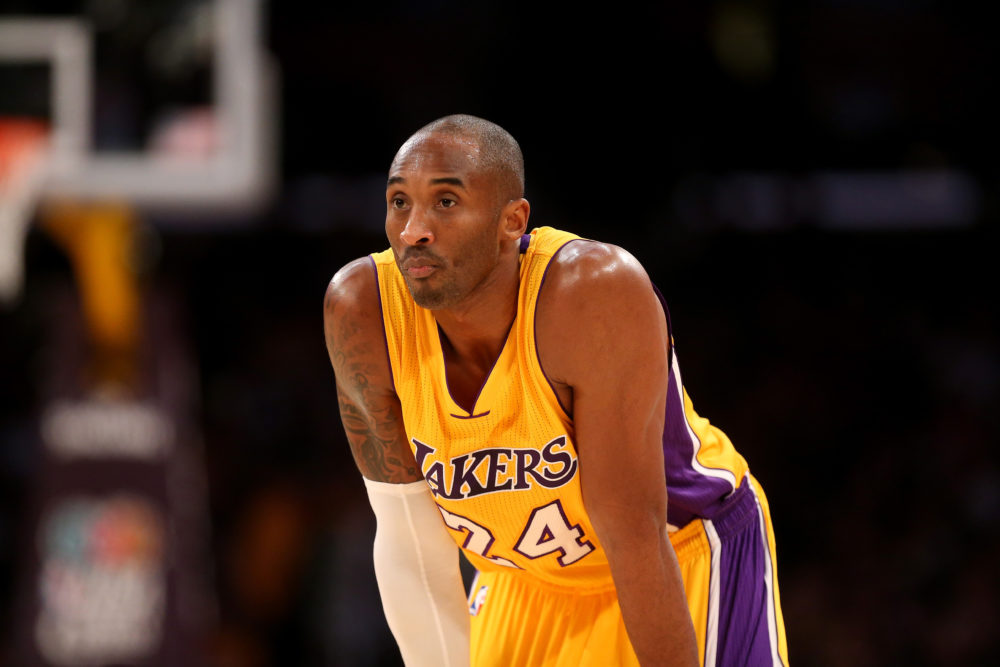 NBA franchises often enlist former players as recruiting help, using their comments about how great and special it was to play for that team to help sell prospective free agents. Well, Kobe Bryant might not be the perfect guy for the Los Angeles Lakers to use. In a conversation with ESPN’s Jalen Rose this week, Bryant not only poured cold water on the idea of recruiting, but also said all Lakers’ players should meet incredibly high standards:

“And if I need to convince you come here, to carry that legacy forward, then you ain’t the one to be it.”

When you’re here, the most important thing is winning championships. I don’t care about anything else. It’s winning championships,” Bryant said. “You don’t have to like each other, but you will show up to practice every day and play hard, you will focus and commit to winning, and you know, if that’s the case, then you’ll be just fine.”

“Then you can go play someplace else.”

It’s certainly possible that those comments from Bryant could appeal to some players, but they could also be a turn-off to many others. And some players maybe could use some convincing about the Lakers, given that the team hasn’t won a title since 2010 and hasn’t reached the playoffs since the 2012-13 season. There might be a little more needed than just “carry that legacy forward.” But it’s clear that Bryant won’t be the one providing that assurance.

And his sustained push for excellence and the way that rubbed some teammates wrong was showcased in another interview this week, with former teammate and current Turner Sports analyst Shaquille O’Neal. The full interview airs Saturday on TNT, but the preview clip showed some remarks along these lines:

Clear your schedule… Living legends @SHAQ & @kobebryant sit down for a conversation surrounding their relationship through the years & three consecutive championships???

That involved Shaq saying “After the first championship, I’m happy. I’m done. …One thing I know I’ve got is a guy who’s going to be ready. I admit a lot of times, I didn’t come into camp ready. My thing was, I don’t need to get ready for dunking, I’ll get ready when I need to get ready, because I had you, I was able to just chill out in the summer,” and Bryant saying “Yeah, that was what pissed me off. That right there.”

It’s no secret that Bryant always had an incredible work ethic and a sustained push for excellence from himself and others, but the much-discussed feud with Shaq and push to get him out of L.A. certainly looks like an example of that going wrong, as do the comments from other former Lakers about how Bryant wouldn’t even talk to them at times. And Bryant’s comments to Rose suggest he might still be trying to push those principles on Lakers’ players even after his retirement.

The Lakers are far from the only team where former players’ legacies and comments still have an effect, of course. Consider all the recent drama with the Boston Celtics and their attempt to honor Isaiah Thomas, which saw endless criticism from former players and may wind up raising some questions for some about heading to that franchise. And there are other issues in Los Angeles, including LaVar Ball and his attempts to play coach and GM from the sidelines, plus the team not being all that good (they’re currently 23-34, 11th in the West).

Beyond that, Bryant’s comments probably aren’t going to be the main factor in any individual player’s free agency decision; there are a lot of other elements to consider, including what the team looks like and what kind of a contract they’re offering. But it’s still unusual to see a former player offering what’s perhaps even a negative recruiting pitch, and it suggests Bryant’s still going to be criticizing any Laker who doesn’t live up to his exacting standards. That might not be the best selling point for the team.