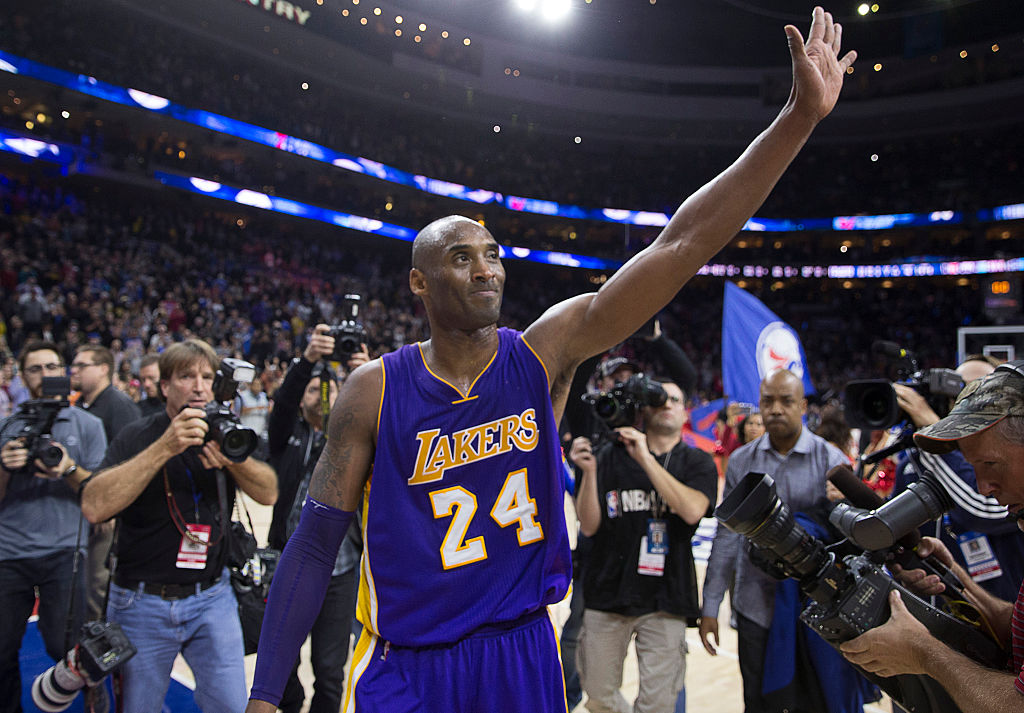 After an 0-18 start, there weren’t too many things that could overshadow the Philadelphia 76ers getting their first win. And on Moses Malone Night, of all nights. Of course, unfortunately for them, one of those things was in the house. No one takes center stage like Kobe Bryant, and last night in Philadelphia was quite the performance.

Only Kobe Bryant, Philadelphia’s own, could bring a sellout crowd to Wells Fargo Center in the midst of The Process. Only Kobe Bryant, in all his flawed excellence, could create a playoff atmosphere out of a matchup between his 2-14 Lakers, and the 0-18 76ers. Only Kobe Bryant, notorious gunner, could get MVP chants on the road during a season in which he’s putting up the worst shooting performance in the league. Only Kobe Bryant.

Always the most fierce competitor the league has seen since Michael Jordan, everyone expected Bryant to play until the bitter end, that his limbs would stop him before his brain or his heart did. And maybe that time is now, or maybe Bryant has softened with age, but it seems the Mamba is becoming somewhat docile. Making his announcement before the Lakers’ trip to Philadelphia allowed this to be a celebration of sorts. Instead of the usual boos from the Sixers faithful, he was met with raucous applause and appreciation.

That’s one thing that Kobe’s always seemed able to garner. Regardless of whether people like him or not, and there are more than a few that do not, everyone appreciates his ability. They appreciate his desire to win and the effort he exudes to make sure that happens. He didn’t achieve his greatness and glory on the court simply through talent; he worked harder than anyone else, driven by his endless longing to be the greatest at his craft. That’s something everyone—teammates, fans, and opposing players alike—can appreciate.

Kobe a legend. Gave me chills to hear the roars in Philly for him. But Great team win. Man Wells Fargo was Rocking tonight. #Seven_Six

It’s also what has made these past few weeks so awkward. Given his size, skill, and basketball IQ, it would have been fascinating to see Kobe fade away in a Vince Carter-like role, helping a playoff team as a key reserve. But that’s not his mindset. It never has been and it never will be. Every time he steps onto the court, he tries to prove he’s the greatest basketball player of all time. That mindset pushed him up the mountain he climbed to truly become one of the game’s all-time greats, and that mindset is pushing him right off the cliff into retirement.

That mindset made the first few minutes of Tuesday night’s game magical, and that mindset made the rest of the evening a beautiful, dark, twisted, fantasy. The people in the purple and gold jerseys filling a good number of the seats at the Wells Fargo Center were hoping for one last vintage Kobe performance, and they got one. Unfortunately it only lasted a couple of minutes. Still, those beautiful few minutes, and the M-V-P chants they created, were worth it.

@kobebryant scores 13 in the first quarter in Philadelphia.

Even if what followed was as bizarre and uncomfortable an experience as can happen on a basketball court. After going 3-4 from behind the arc to open the game, Kobe proceeded to launch another 13 threes, hitting just one of them. All together he went 7-26 from the field on his way to 20 points. The crowd wanted so desperately to go wild for him, but he just kept on missing. Shot, after shot, after shot. More shots than he’s taken all season.

For as much as they booed him in the past, the people of Philadelphia love Kobe Bryant, and it’s difficult to watch someone you love struggle–especially when it’s so obvious how desperately they want to succeed.

Kobe didn’t succeed on Tuesday night. He hasn’t succeeded much at all this whole season, and likely doesn’t have too many more successes ahead of him the rest of the way. Still, he’ll give everything he has to conjure up at least one or two more, and the fans will love him for it, just as they always have.