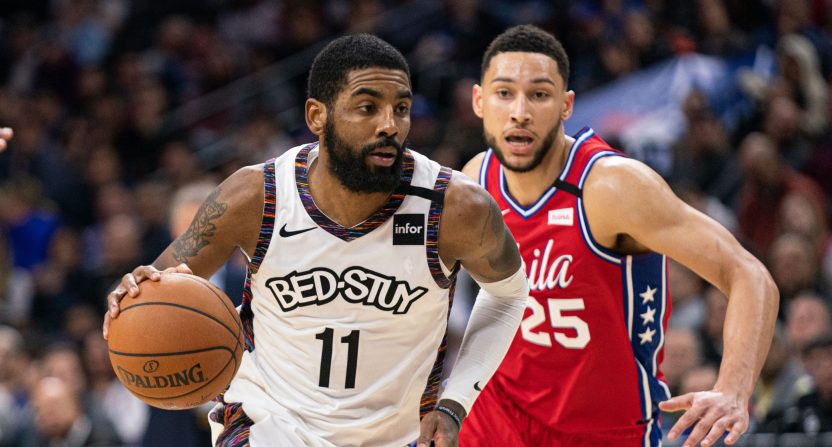 It was a rough year last season for the Brooklyn Nets and star Ben Simmons. Simmons had to deal with injuries and other off-the-court issues while the Nets underperformed. However, teammate Kyrie Irving sees big things this coming year for Simmons and thinks the sky is the limit.

“That level of talent, and IQ and motivation and drive — anything’s possible, he said to ESPN. “He has that ‘it’ inside of him so now we just have to slowly develop him where he knows that he can just go out there and be himself. We want him to be his highest potential of himself As a player, be able to accomplish things out on the floor that he wasn’t able to do the last few years. And just have some fun being at peace around him.”

That’s interesting coming from Irving considering it was rumored that he wanted to be traded earlier this year. Now, Irving sounds like he appreciates having Simmons in the backcourt.

“Having a point guard 6-10, 6-11, I’m also a point guard, lead guard, whatever you want to call my position. It’s good to get off the ball and have him get up and down the floor. It’s going to take time obviously for health-wise, but we’re patient, so just wait for him to look like he’s in All-Star form again, which I know will happen soon,” Irving said.