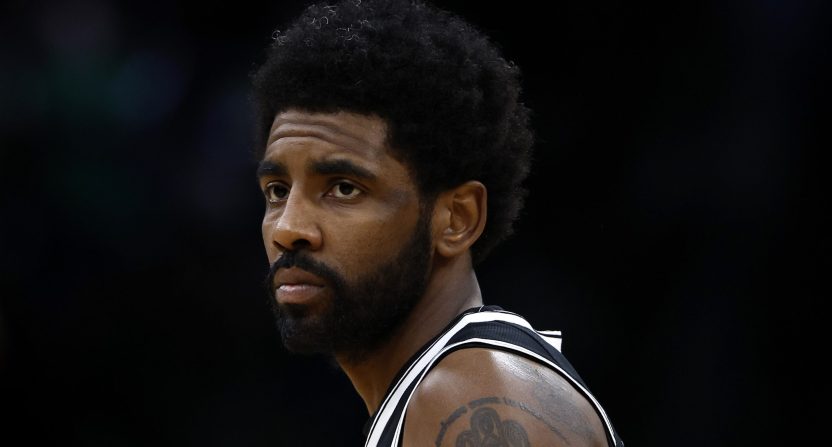 Kyrie Irving appears not quite as coveted amongst NBA clubs as his current teammate Kevin Durant, but both are looking to get traded away from the Brooklyn Nets after only two short seasons together.

The one team the eccentric point guard has been rumored towards the most is the Los Angeles Lakers. ESPN’s Stephen A. Smith has said he thinks Irving’s master plan is to eventually end up in Los Angeles. And an appearance Irving made in the City of Angels Thursday night only further adds to the speculation.

Kyrie pulled up to the Storm-Sparks game in L.A. 👀 pic.twitter.com/pmMdn0cFiA

There’s been lots of talk about Irving leaving Brooklyn this offseason. Much of that was before Irving eventually opted in to his player option with the Nets, an option worth $36.5 million. But Durant went ahead and requested a trade only a few days later. And that led to Irving requesting a trade himself.

According to ESPN NBA insider Adrian Wojnarowski, there are six teams on Irving’s list, with one of those teams being the Lakers.

The Lakers need all the help they can get after falling flat on the high expectations from last season. Projected to win the Western Conference in 2021-22, L.A. finished with a 33-49 record, missing the postseason altogether. A reunion between Irving and LeBron James could be just what the doctor ordered. But as of now, nothing seems imminent there.