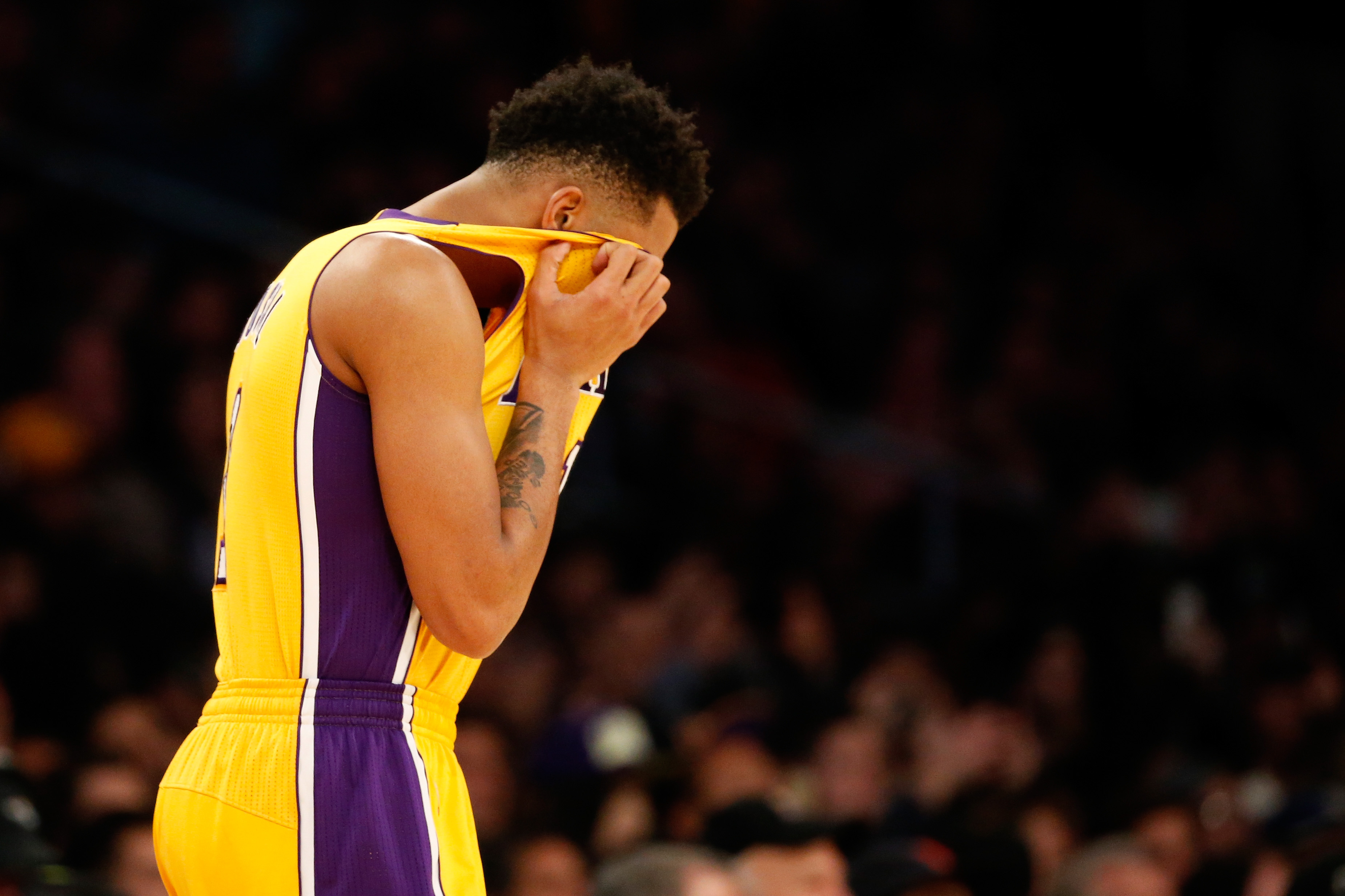 To say that the Los Angeles Lakers 2015-2016 season has been a trainwreck would be an insult to trainwrecks. The Kobe Bryant Farewell Tour will may end with the franchise’s worst record ever and few answers for how the team plans on improving.

It’s been an especially strange season for D’Angelo Russell, who spent a good chunk of the year in Byron Scott’s doghouse before re-emerging as a starter and consistent contributor. When he finally did break into the starting lineup for good, Russell said that he wanted to “build that trust” that he belonged there.

That trust may have been irrevocably broken last week when a video leaked online purporting to show teammate Nick Young telling Russell, who was behind the camera, about his extramarital exploits. Not a good look for all parties involved.

Since then, according to ESPN.com, Russell’s teammates have soured on him and are purposefully isolating him at every turn.

While it’s unclear how the video became public, sources say the resulting tension in the Lakers’ locker room in recent days was among the factors that contributed to L.A.’s limp showing in Salt Lake City on Monday night, when they absorbed a 48-point pounding from the Utah Jazz. The loss was the Lakers’ worst in franchise history.

Various Lakers officials are aware of the issue and are dismayed with Russell, sources say, but to this point they have chosen not to intervene.

“Right now,” one source said, “they’re handling it by isolating him.”

According to sources, none of his teammates are sitting with him during meals and when he sat down next to Lou Williams in the locker room, Williams got up and walked away.

Basically, the Lakers are Dwight Shrute and Russell is Andy Bernard.

Russell came to the Lakers with high hopes as the No. 2 overall pick a year ago. But even before this latest incident his maturity was a major sticking point for Byron Scott and the organization. This video and the subsequent fallout isn’t going to change that opinion any time soon.

hmmm i see D Angelo Russell is trending… I actually liked his film. Thanks bro.