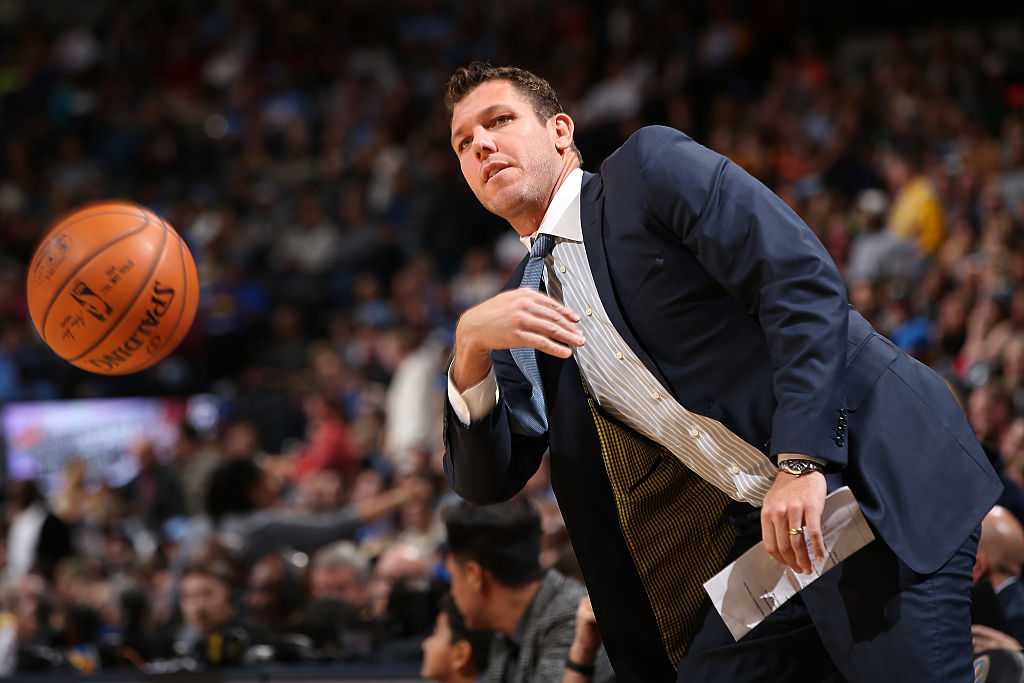 Walton appeared to be the favorite throughout the Lakers’ hiring process. The 36-year-old’s stock skyrocketed after he led the Warriors to a 39-4 regular season start, the second-best in league history. The Warriors very much looked to be the same team in Kerr’s absence, which was a huge plus for Walton. He was also the obvious candidate, having played his entire career in Los Angeles under Phil Jackson, and having a great relationship with the Buss family.

Now, Walton steps into a Lakers franchise which has never been in a deeper hole. The team is coming off of a 17-65 season, the worst mark in franchise history. Walton had the benefit of being able to make mistakes while coaching such a talented Warriors team in Kerr’s absence. That won’t be the case in Los Angeles.

Walton will have a somewhat fresh slate with Kobe Bryant now in retirement, and will have free rein (along with GM Mitch Kupchak) in roster construction. He has a pair of young, talented players in last year’s No. 2 overall pick D’Angelo Russell and 2014’s No. 7 pick Julius Randle. With Byron Scott making sure Kobe Bryant got his shots and playing time in his final season, the development of those two young players came much, much later in the season after plenty of controversy surrounding their playing time.

The hiring of Walton will be the first step in what will be a long offseason for the Lakers, who should have a much different construct come the 2016-17 season. Aside from Russell and Randle, Lou Williams, Nick Young, Brandon Bass, Larry Nance Jr., and Anthony Brown are the only players signed past this season. There’s almost certainly going to be a roster upgrade this offseason. The Lakers will also have one of the top picks in June’s draft, and hope to land the immensely talented and highly regarded Ben Simmons or Brandon Ingram.

This works well for Walton. As a guy who played in the league as recently as 2013, he will be able to relate to his players more closely, especially the younger players that need development. His age could also help lure players whom he might see as a good fit for the Lakers. These new circumstances, between the hiring of Walton and the retirement of Bryant, should make the Lakers a much more attractive destination for free agents as well. (Looking at you, Kevin Durant.)

Perhaps the biggest plus for Walton in taking this job is that things really can’t get worse for the Lakers. The 2015-16 season was an absolute disaster, and the only real highlight of the entire year was Kobe’s last game. When the only way things can go is up, that’s always a positive.

This won’t be an overnight fix in Los Angeles, but it’s definitely manageable. If the Lakers are able to make good on their top draft pick and develop their young talent, the future is certainly bright. Bill Walton has been outspoken in wishing for his son to stay away from the Lakers job, but the time might never be better for Luke Walton. Not to mention, this might be his only shot to get a job like the Lakers. It’s not the best job, but if he can make it work, it will undoubtedly be the best decision he has made in his career.

The Lakers’ first step in the road back to prominence was hiring Walton, and all the initial signs make it seem like the right one. But time will be the judge of that.