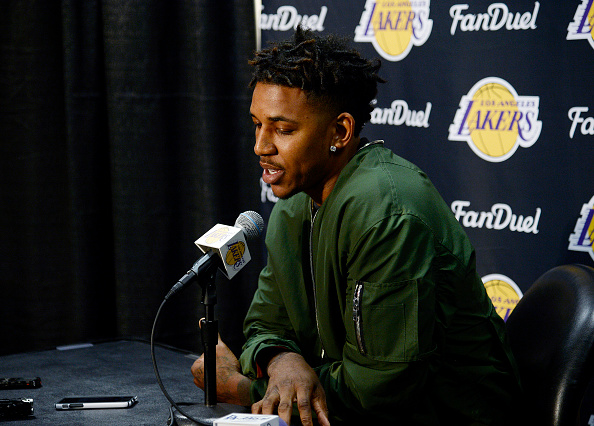 One of the bigger stories in the NBA last season wasn’t on the floor, but off of it. It involved one of the most storied franchises in sports, the Los Angeles Lakers, who haven’t had much to cheer for in the past couple of seasons. It almost seemed cruel for it to be in their locker room.

We’re of course talking about D’Angelo Russell filming Nick Young, who was talking about cheating on his then-fiancee Iggy Azalea. Things were understandably rough between the two, but according to the LA Daily News, Young is ready to move on:

Young has since dismissed concerns on whether he could coexist with Russell, who represents a significant part of the Lakers’ young roster.

“We’ll be able to work it out. We’ve already been working it out. It is what it is. I can’t be mad forever.”

Russell made waves this offseason when he was featured in a Foot Locker ad making fun of the situation.

Young is also feeling good about new head coach Luke Walton, according to the LA Daily News. You’d have to say, despite not coaching a game for the team yet, it’s a win for Walton in helping putting that feud to rest.