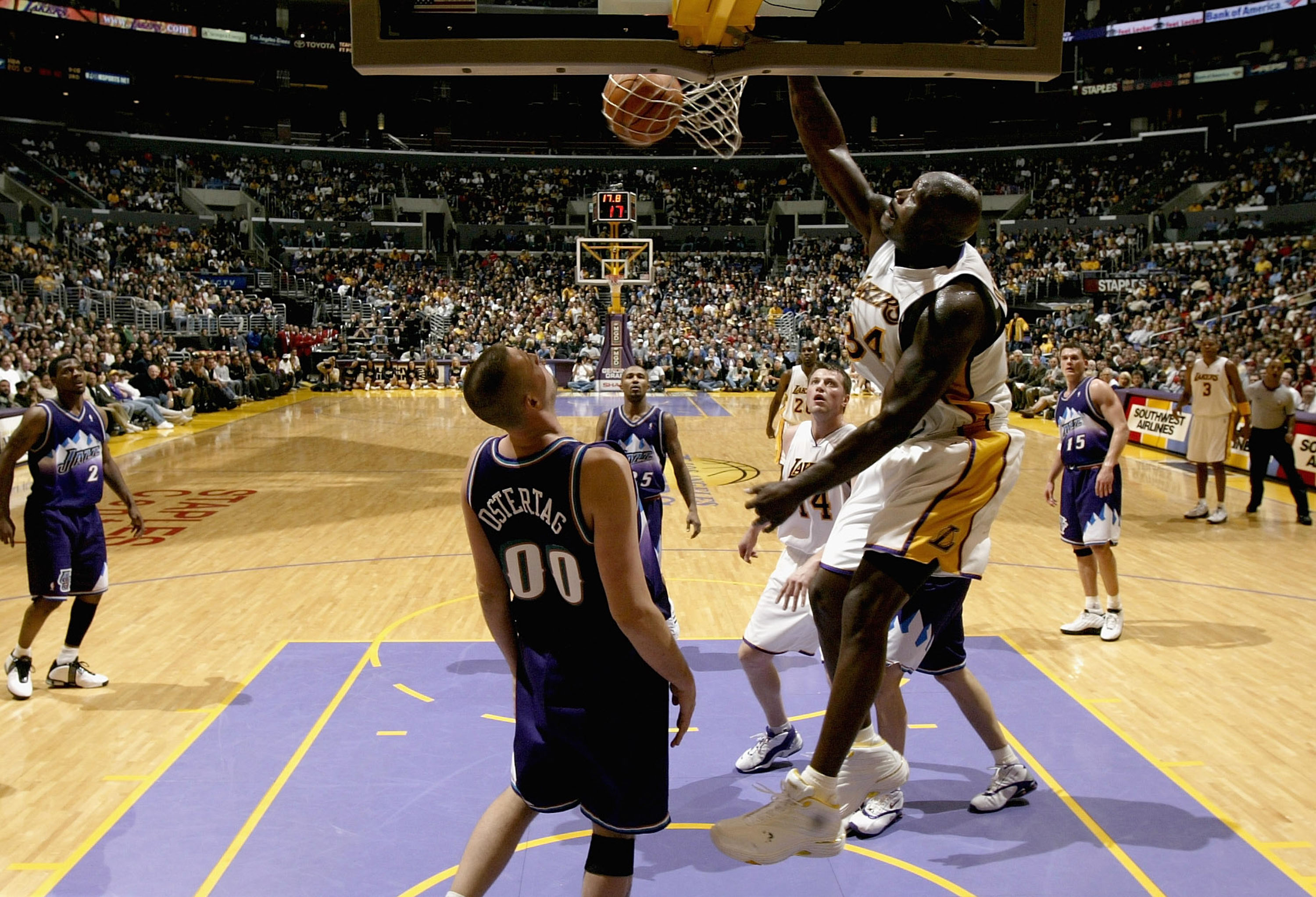 Currently outside of Staples Center, welcoming fans as they enter the arena stand Laker greats Magic Johnson, Jerry West, and Kareem Abdul-Jabbar, as well as legendary broadcaster Chick Hearn. Soon, they will be joined by Shaquille O’Neal in 2016-17.

O’Neal found out about the statue while having an appearance on Jimmy Kimmel Live. When Kimmel told O’Neal, he couldn’t believe it:

Jeanie Buss, part-owner and president of the Lakers confirmed the news of the statue in a statement.

“We look forward to having Shaq join the other legends who have been honored with statues at STAPLES Center,” said Buss.

“He is a giant not only in size, but also in stature and in what he accomplished as a Laker. Shaq literally broke the ground for the site, and was hugely responsible for not only getting STAPLES Center built, but for making it one of the most successful and famous arenas in the world. It’s an honor that is well deserved.”

Only in Holywood. @SHAQ finds out on @jimmykimmel Lakers will erect statue of him outside Staples, sees rendering. pic.twitter.com/ysY0FdNMnA

Staples Center will truly be complete when Shaq’s statue goes up. O’Neal has made for some of the greatest moments in the arena’s history dating back to its opening in 1999.

In his eight seasons as a Laker, O’Neal missed the All-Star Game just once, when the Lakers went through many personnel changes and the season was shortened by a lockout in 1998-99. He averaged 27 points, 11.8 rebounds, 3.1 assists, and 2.5 blocks in his Laker tenure. With his size and athleticism, he was truly a one of a kind player.

This will be the third statue of the big man. There are statues of him that stand in China and at LSU, where he played college basketball. But the one at Staples will certainly be the most special.